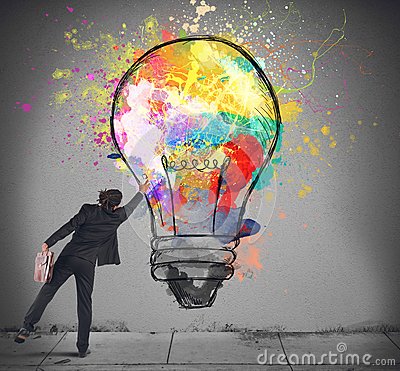 Mechanisms across the continuum, from those who avoid or play victim, to those who fight and communicate to the disease process that it met the wrong person.

We are all shaped by the experiences in our lives and for me, I had a few with my own mother which I view today as lucky I went through.  She was the ultimate model of coping with illness, one for whom no disease could beat.  My mother was diagnosed with breast cancer at 39, lymphoma #1 at 52, and stage 4 lymphoma #2 at 57.  Today, at 69, she looks like she’s no older than 50 and healthier than ever.  I knew my response would be singular and purposeful.  It would be to continue to define myself by who I am, not by what I was diagnosed with; to fight back by reminding it daily that it had met its match, and to give back; all the things my mother did when she was met with disease.  There is no other way.  You find the roses and not the thorns, and though you may get scratched and cut along the way, and I have, the roses are there if your focus remains on what now versus what if or why me.

That has been my message to myself.  What now?  So I work out every morning, even if it’s 15-20 minutes on the treadmill and a bunch of sit-ups and stretches, a workout by the way I rarely did when I was “healthy.”  I removed lots of inflammatory foods from my diet like sugars and dairy, and gluten and whites.  These changes plus the daily exercise allows me a sense of ownership over my body.  Despite continued muscle weakness and atrophy in my arms and hands, I still like to shovel the snow, do house work, and practice my putting, because not doing so would mean the disease defines me and controls me, and that will never happen.  I do those things because I want normal and health to define me, not abnormal and illness.  This is where I feel that any of us diagnosed with any illness has choices.  Choice separates us.  Choice gives us power.  “People are not disturbed by events but by the view we take of those events,” as the philosopher Epictetus stated.  That is choice.

The Vasculitis Foundation (VF) has been an amazing resource for me.  I’m neither used to asking for help nor admitting when I need it.  In the small circle that is Chicago’s north shore, I met a woman whose collegiate athlete son has been diagnosed with vasculitis and a man with vasculitis who is now the president elect for the VF, all who live within 10 miles of me and are on the VF board.  After my own treatment began and things settled down a little, all I wanted to do was give back so that if one person can benefit by what I, or any of us with vasculitis have been through, than having had this becomes more worth the fight.  I joined the awareness committee and will commit to educating others as strongly as I am committed to beating this into remission.  That’s what I was taught and I don’t see any other way.

I continue to have an amazing support in my wife and my kids, and they have helped motivate me to fight back.  At times, we all get a little frustrated, and scared and worried.  I tell people and patients often that being nervous is normal and being scared is understandable.  I’m not sure exactly what my future brings, be it on or off the golf course, or with simply opening up a bottle of water, but it has been hope that has allowed me to see tomorrow in an uncertain today.  Hope gives us power to choose our outcome and to know that tomorrow will be better. We all experie