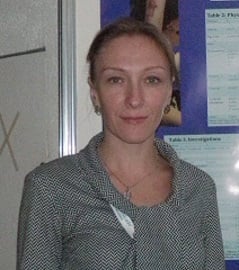 In 2010 OMERACT developed a list of outcomes for measurement in clinical trials of ANCA-associated vasculitis (AAV), called the “AAV Core Set”. Since then the recommended procedure for selection of the core set has been updated, most importantly by encouraging that groups of individuals that are affected by the clinical trials take part in the process of outcome selection. Three preliminary studies were done to identify aspects of AAV: 1) studied in clinical trials, 2) considered important by patients, and 3) considered important by vasculitis experts.

The new study represents the final step of development of the updated ICF-based AAV Core Set. A three-round questionnaire will be administered to several groups of individuals, including 1) patients and caregivers, 2) clinicians, and 3) researchers, industry representatives and policy makers.

In the first questionnaire round participants will be shown the results of the preliminary studies and asked to select aspects of AAV they consider the most important to measure in clinical trials. In the second and third questionnaire rounds, participants will be shown the results of previous rounds and asked to repeat their selection. Aspects of AAV selected by at least 70% of participants in any of the three groups described above will be included in the ICF-based AAV Core Set.

What this means for patients
Adapting the updated core set should result in expanding outcome measurement in AAV-related clinical trials and capturing aspects of AAV that may be uniquely important to patients and other relevant groups.

Your ticket for the: Nataliya Milman, MD, FRCPC, MSC