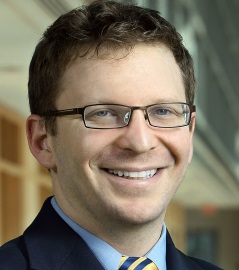 Dr. Mark Gorelik and co-investigator, Dr. Stephanie Davis, were awarded a one-year grant to study the role of the Follistatin-like-1 molecule in the formation of coronary aneurysms and development of inflammation in children with Kawasaki disease. The leading cause of morbidity and mortality in children with Kawasaki is from coronary inflammation.

Kawasaki disease is an illness that strikes children between the ages of six months and six years. Although the acute phase of the illness is transient, the aftereffects can be devastating. Up to one fifth of all patients with Kawasaki may develop aneurysms in the blood vessels of the heart, specifically the coronary arteries, and can become permanent despite the best current treatment. In many cases, the aneurysms require life-long therapy to prevent outcomes such as blood clots and heart attacks. Many patients experience complications from the damage of this disease at some point in their lives.

What this means for patients
Researchers have found that a particular molecule ‘Follistatin-like-1’ is elevated in the blood of children with Kawasaki who develop these aneurysms. This molecule plays a major role in the development of chronic changes in organs targeted by chronic inflammation, such as the joints in arthritis and the lungs in asthma. The researchers hypothesize that Follistatin-like-1 molecules may play a similar role in the chronic changes that occur in the heart after the initial inflammation of Kawasaki disease.

Drs. Gorelik and Davis will use a mouse model of Kawasaki disease to block the Follistatin-like-1 gene. The researchers hope to show that inhibiting the function of this molecule in Kawasaki significantly reduces the development of aneurysms. This could open the door to additional ways to target aneurysm formation in this disease, potentially giving a way to treat this intractable complication of Kawasaki. Success in this area will further our pathophysiologic understanding of Kawasaki and hopefully allow the development of targeted therapies.

Watch an interview with Dr. Gorelik and Ben Wilson.

Your ticket for the: Mark Gorelik, MD