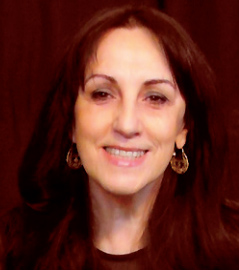 Giant cell arteritis (GCA) is a relapsing form of vasculitis involving the large arteries, which can potentially cause disabling or life-threatening complications such as blindness, stroke or rupture of the body’s largest artery—the aorta.

GCA is usually treated with steroids, which can rapidly relieve symptoms and prevent blindness. However, most patients require long-term treatment because symptoms often return when steroids are tapered or discontinued. Steroids produce many side effects, and for decades, they have been the main treatment available for GCA.

Recently, a medication called tocilizumab (TCZ) has been shown to allow a rapid reduction of steroids in GCA patients, and maintain patients to be symptom-free. While researchers, physicians and patients are encouraged to have a new treatment that efficiently reduces steroid exposure, experience with TCZ is still limited. Vasculitis Foundation grant recipient Maria C. Cid, MD, hopes to shed more light on TCZ through her study, “Effects of blocking IL-6 receptor with tocilizumab on ex vivo cultured arteries from patients with giant-cell arteritis. Searching for predictors of response.” Through a $48,000, one-year research grant, Dr. Cid and her research team will investigate the effects of TCZ on vascular inflammatory lesions and try to identify predictors of patient response to the drug.

TCZ blocks the function of the interleukin-6 (IL-6) molecule, which produces fever, weight loss, fatigue and inflammatory pain as well as the general feeling of illness that accompanies many conditions. However, in a large clinical trial, about 40 percent of patients suffered disease flareups while on TCZ, suggesting that some patients received little or no benefit from the therapy. Although TCZ is generally well-tolerated, it produces some side effects and is costly. Long-term risk versus benefit of the drug is still unknown.

“Identifying predictors of response to tocilizumab is crucial to avoid exposing patients to treatments of limited efficacy with the potential harm of persistent disease activity,” says Dr. Cid. “And the effects of tocilizumab on vascular inflammation have not been investigated.”

Your ticket for the: Maria C. Cid, MD