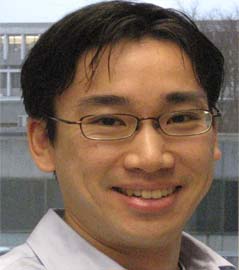 Summary:  Giant cell arteritis (GCA) is vascular disease that is characterized by thickening of the artery wall, resulting in a block in blood flow.  It most often affects the temporal artery that provides blood to parts of the head is a challenging cause of blindness and stroke in the elderly.  Targeting of arteries by cells of the immune system causes GCA.  More specifically, T cells are specialized cells of the immune system that play a key role in the development of GCA.

The activation of T cell responses depends on the cytokine IL-6.  IL-6 levels are increased in GCA and a clinical trial has recently begun to investigate the effect of blocking IL-6 activity on the development of GCA.  However, the way in which IL-6 activates T cell responses in GCA is poorly understood.

We will study the potential mechanisms by which IL-6 affects immune responses in GCA by examining the relationship between IL-6 expression levels and features of T cell responses that are improperly controlled during the development of immune-mediated diseases.

The potential identification of correlations between IL-6 levels and altered properties of T cells will provide insight into how IL-6 alters immune function in GCA and will form the basis for future studies that specifically inhibit the activity of IL-6 in patients.  Our studies will have implications for the management of GCA.

Watch an interview with Dr. Choy and Ben Wilson.

Your ticket for the: Jonathan Choy, PhD