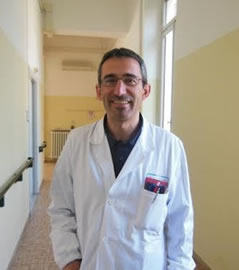 EGPA pathogenesis is not well known.  The disease is probably the result of a complex interaction in which genetically and environmental factors lead to an inﬂammatory response whose principal players are eosinophils, T, and B lymphocytes.

The Whole Exome Sequencing (WES) test is a highly complex test that is newly developed for the identification of changes in a patient’s DNA that are causative or related to their medical concerns.

The exome refers to the portion of the human genome that contains functionally important sequences of DNA that direct the body to make proteins essential for the body to function properly.  These regions of DNA are referred to as exons.  It is known that most of the errors that occur in DNA sequences that then lead to genetic disorders are located in the exons.  Therefore the WES test is thought to be an efficient method of analyzing a patient’s DNA to discover the genetic cause of diseases or disabilities.

In contrast to current sequencing tests that analyze one gene or small groups of related genes at a time, the WES test will analyze the exons or coding regions of thousands of genes simultaneously using next-generation sequencing techniques.

Specific aims of this study will be to develop newer potential EGPA diagnostic and prognostic biomarkers by exome sequencing and computational modeling, clinical subset stratification of EGPA patients on the basis of the genetic study and to ascertain the diagnostic-prognostic role of the whole findings.

The ultimate goal is the development of personalized medicine, in order to find rational means to optimize drug therapy, with respect to the patients’ genotype, to ensure maximum efficacy with minimal adverse effects and saving costs for the health system.

Your ticket for the: Davide Martorana, PhD