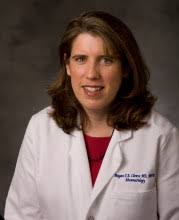 As treatments for vasculitis have improved, more and more younger patients are healthy enough to have children. There is little guidance to either the doctor or the Mom-to-be on what happens during pregnancy in these women.

Megan E. B. Clowse, MD, MPH from Duke University and colleagues from the University of Pennsylvania asked patients to complete an anonymous internet based survey. It included questions about pregnancy outcomes, timing of the pregnancy relative to diagnosis, and medication use.

“We don’t really have much information that we can point to about how vasculitis, in all its forms, impacts on pregnancy,” said Dr. Clowse. “This is an early attempt to try and answer some of the questions that both patients and their doctors have.”

Participants in the Vasculitis Clinical Research Patient Consortium Registry were invited to participate in the 2011 study. A total of 350 women and 113 men completed the survey.

After a diagnosis of vasculitis women reported 74 pregnancies and men reported 18 conceptions. They compared pregnancy outcomes between those who conceived prior to their diagnosis with those who were pregnant during treatment for vasculitis.

For women, the rate of pregnancy loss was higher if conception took place after a vasculitis diagnosis than that seen in those who became pregnant before the disease was identified (33.8% vs. 22.4%). Similar findings were seen in preterm births (22.3% after vs. 11.4% before diagnosis). Among men, the timing of diagnosis did not have an impact on pregnancy outcomes.

“While we did have these increases, they were not huge,” said Dr. Clowse. “This gives patients hope that they can have successful pregnancies and that their vasculitis will not prevent them from getting pregnant and having a healthy baby.” The researchers also asked Moms about what changes in their vasculitis were seen during pregnancy.

The researchers were “pleasantly surprised” to see there wasn’t a high rate of flares while pregnant.

Next Step is More Structured Look

The next step is a closer look at these issues using more structured methods. This study was a survey and as such did not have access to medical records to better quantify things like disease severity, medication use, and other variables.

To address this, the Vasculitis Pregnancy Registry was started in 2015. Those interested in joining the Registry can enroll now through the Vasculitis Patient Powered Network (LINK – http://www.vpprn.org/vpreg).

A person with any form of vasculitis who is pregnant or thinking of becoming pregnant is encouraged to go to the website to get more information.

“A lot of women, especially those with severe vasculitis, are discouraged by their physicians and families from getting pregnant for fear their disease will get worse,” said Dr. Clowse. “Moms-to-be are worried first and foremost about the health of their baby. By collecting more information about pregnancies in women with vasculitis, we will be able to guide patients as they make tough decisions on their road to having a family.”

Your ticket for the: Survey Says: Pregnancy Possible for Women with Vasculitis