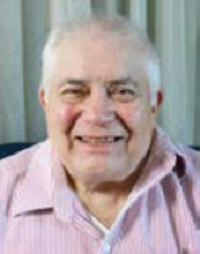 For Richard Kujawa, attending the 2019 International Vasculitis Symposium in Bloomington, Minnesota, during July was a chance to learn more about urticarial vasculitis, the rare disease he was diagnosed with in recent years. But he got something else he wasn’t expecting: a connection with someone who has the same disease.

Richard, 72, was sitting in a classroom at his first-ever vasculitis symposium when another attendee tapped him on the shoulder and said to him, “We got the same stuff.” Urticarial vasculitis is among the rarest forms of vasculitis that primarily affects the small blood vessels of the skin, causing red patches, hives, and skin discoloration. The two started talking and discovered they had things in common besides urticarial vasculitis. “She’s Polish, as I am. She likes pierogis, which I do,” he said, with a laugh.

For people attending Symposium, it can be powerful to hear the experiences of others and make connections with people who can relate to their medical condition.

Richard’s road to a diagnosis took many years, starting in 2012 at the Mayo Clinic in Minnesota. “My first indication was red, itchy spots all over my body,” Richard explained. “They took pictures. I was a Dalmatian with red spots.” Richard was prescribed a variety of drugs but nothing seemed to work. “Having one of the oddball versions of vasculitis probably makes things more difficult,” he said.

In 2013, Richard had his right hip replaced and developed an infection, for which he was treated. Then came a two-year remission. “I didn’t have any problems of vasculitis at all. Then it started back up again,” he said.

Richard was formally diagnosed with urticarial vasculitis in the last couple of years. Currently, he is taking prednisone and methotrexate, both of which address inflammation. When he has a flare-up, he has red bumps, spots and lumps all over his body.

“Depending on how bad it is, the doctor will bump up the prednisone dosage so it usually takes a week for it to go away,” he said. But in the meantime, he’s it itching and scratching and it’s very uncomfortable.

Fortunately, the only side effects that he notices from the medications are fatigue and wanting to nap. “I’ve heard a lot of complaints about prednisone but it seems to work the opposite for me,” he said. His doctor postponed starting him on the biologic drug Rituxan® because of a second hip replacement he had in March. Richard is grateful for the support of his family, especially his wife of 37 years, Peri. They live in Andover, Minnesota, and have two grown children, 48 and 34. He is retired from working in the IT field.

“The many appointments to try and figure out a cure/remission have been made somewhat easier for me by my wife,” he said.

Richard thanks the internet for helping him find a vasculitis support group, which put him in touch with another support group at the University of Minnesota. There’s comfort in knowing that there are places where others understand your diagnosis, have the same concerns and know what it’s like to live with the same rare disease.

His hope for the future: “I guess the one thing that bothers me the most is they tell me there’s no cure. So, OK, now what? I’d like them to find a cure,” he said. “Obviously, that’s not going to happen overnight. Maybe sometime in the next 10 years. I hope they don’t give up.”