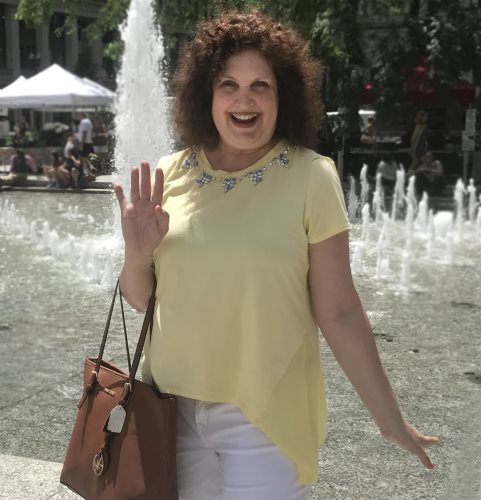 One day in October 2009, Brittany Sakson came home from high school sick with the H1N1 influenza, commonly known as swine flu. In the days that followed, Brittany’s mother Stephanie, caught the flu as well. Although her symptoms weren’t as severe, they continued for several months. After numerous doctor visits, tests and trips to the emergency room, there was no clear conclusion about what was making her feel so sick.

“I told him that I’d been experiencing prolonged weakness, a fever, and chest and upper back pain. He didn’t examine me, but did immediately—and correctly— diagnose the problem as vasculitis.”

Stephanie made a follow-up appointment with Dr. Cruciani, who explained to her the range of vasculitic diseases. Initially, believing that she might have Wegener’s, he prescribed 40 mg. of prednisone a day and referred her to a vasculitis center for further treatment.

In May 2010, however, a few weeks before her appointment at the vasculitis center, she became seriously ill with a variety of symptoms and was taken to the emergency room.

The doctors there didn’t concur with the vasculitis diagnosis. Instead, they placed her on numerous medications—including Labetalol for high blood pressure and increased heart rate, and Cymbalta for neuritis—and instructed her to wean off the prednisone.

Months later, she experienced a number of unexpected health-related issues including scalp lesions, swollen lymph nodes and shingles near her eyes. She told her ophthalmologist, Arthur Jordan Jr., DO, about her emergency room experience and he urged her to get a second opinion.

Your ticket for the: Stephanie Sakson – A Vasculitis Patient’s Journey Through Diagnosis and Treatment to a Normal Life