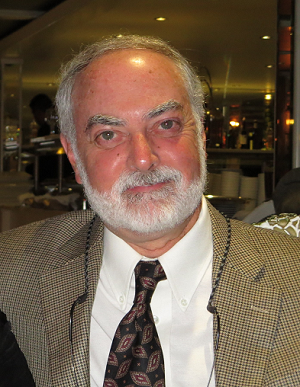 A diagnosis of vasculitis changed my life, but I didn’t let it ruin it. Today, I’m a 69-year-old retired physician living in Scottsdale, Arizona, who mainly practiced Geriatric Medicine, but I was also certified in Internal Medicine, and Hospice and Palliative Care. I’m married but due to side effects from treatment with Cytoxan, my wife and I have no children.

I had symptoms for about a year and a half before finally being diagnosed with granulomatosis with polyangiitis (GPA, formerly Wegener’s) in 1990. At the time, I was 37 years old and initially experiencing migratory joint pain. When I asked a rheumatologist colleague of mine what he thought might be the cause of this in a young person, his only answer was, “What makes you think you’re so young?”

Six months later I saw an ear, nose and throat specialist for some nasal tenderness and a small amount of nasal bleeding. The doctor was unsure of what I had and although she included Wegener’s in her list of possibilities, she dismissed that thought, gave me a nasal spray and I got better.

Another six months went by and I developed what seemed to be an ear infection that didn’t improve with antibiotics. I then came down with a painful and slightly red eye just before leaving on a trip. I saw an eye doctor who said he could prescribe medication but he didn’t think I had much to worry about. But this doctor did something the others had not—he asked if I had other symptoms. When I told him about the migratory joint pain, he realized this might be a more serious problem and made me promise to see him again when I returned from my trip.

While traveling, I became progressively more ill. The joint pain was worse and I had fevers, chills, and abdominal pain so severe that I went to an ER on day two of vacation. An abdominal x-ray showed nothing and I was sent home. I had shortness of breath but didn’t have a chest x-ray. In hindsight, sending me home probably saved my life. Had I been admitted to the small community hospital while on vacation, I doubt they would have diagnosed my illness.

When I arrived home, I was too weak to take my luggage upstairs and immediately called a cab to take me to a nearby academic teaching hospital ER. Along with low oxygen levels, I had bilateral lung infiltrates. The doctors thought I had mycoplasma pneumonia and treated me with intravenous (IV) erythromycin.

Although my hemoglobin fell to half of my blood volume in only three days, the doctors still assumed it was the mycoplasma pneumonia. My case was actually presented to a visiting pulmonary expert and although Wegener’s was one of his many considerations my doctors still did not realize that is what I had. Because I was getting worse, I called the infectious disease doctors at Rush Medical Center (my hospital) for advice. I told them that I was being treated for mycoplasma pneumonia and was now too weak to stand on my own.

The doctors advised me that If I wasn’t 95 percent better by morning, I should transfer to Rush immediately—and there I went in an ambulance. I had a bronchoscopy, and for the first time, it was discovered that my infiltrates were not from pneumonia but blood from bilateral diffuse alveolar hemorrhages (a condition characterized by bleeding into the alveolar spaces or the air-containing compartments of the lungs). I also had some red cell casts in my urine (a microscopic amount of bleeding from the kidney). Putting the two problems together, my team of infectious disease, immunology and renal doctors decided I had either lupus, Goodpasture’s Disease or Wegener’s.

The next day I had a percutaneous kidney biopsy done in my ICU bed that was consistent with Wegener’s. In retrospect, the migratory arthralgias, the nasal sore, the ear problems, the scleritis and finally the pulmonary (alveolar) hemorrhage were all characteristic of Wegener’s. But these were the first doctors in over 18 months who had finally made the correct diagnosis. They found a protocol that had been advocated for a few years by Dr. Anthony Fauci, at the National Institutes of Health (NIH): Cytoxan (2m/kg) and 1 gram of Solu-Medrol IV for three days. I started to improve, was in the hospital for about two weeks, and lost nearly 25 pounds.

Cytoxan and high-dose prednisone worked well, but several side effects made switching medications necessary. These included effects on fertility and hemorrhagic cystitis (inflammation of the urinary bladder) caused by the Cytoxan, and pneumocystis pneumonia caused by my immunosuppression. I also experienced extreme fatigue. I was told perhaps the fatigue was due to depression.

After my second bout of hemorrhagic cystitis from the Cytoxan, the dose was decreased and it was then obvious that my extreme fatigue was due to the Cytoxan. I felt 90 percent better. One to two years after my diagnosis I went to the NIH for a second opinion on my medications. My doctors included Dr. Fauci and his fellow, Dr. Gary Hoffman. They said they had success with a new regimen with less side effects by using methotrexate instead of continuing the Cytoxan.  My doctors tried to stop my medications after two years in remission but it didn’t work and I had one of my five or six eventual relapses.

I was regaining my strength while on disability for a year after my diagnosis. My boss at the time told me that I should stay on disability forever, thinking that being a primary care doctor and having to be on call 24 hours a day 7 days a week was too strenuous for me. After a year, I came back to work and while I couldn’t work 24/7, I could still work five days a week. My disability plan would have continued to pay me but I didn’t think it was appropriate or fair to collect this money so I refused all future payments and went back to work at my hospital.

My problems started when I tried to advance my career. Several previous colleagues had approached me to run new geriatric programs at their hospitals but somehow these offers suddenly disappeared with rather vague excuses. I found out why when two of my friends wanted to hire me. Just before I was hired, they told me they had to rescind the offer. Their boss told them that due to my disease, he thought the job would kill me. I realized I had to leave my home, family and friends to accept a job in another state (Arizona) where no one knew about my illness, and where my past could be kept secret.

For the next 30 years I practiced Geriatric Medicine at a teaching hospital in Phoenix. I was head of Geriatric Education and appointed Director of the Geriatric Medicine Fellowship Program. My new job paid me almost twice my previous salary, advanced my professional career, and I gained more recognition than I would have in my old job. During that time, I trained more than 450 resident doctors (and students) for one-month rotations in Geriatric Medicine and about 20 fellows in my program. I also served as medical director of nursing homes, assisted living facilities, a home health agency, and had many wonderful elderly patients who I followed in my geriatric clinic.

When I retired two years ago, the Arizona Geriatrics Society awarded me their first-ever “Lifetime Achievement Award in Geriatric Medicine.” I was glad I had not given up 30 years ago when I was told to stay on disability. Yes, I have GPA and I’ve faced some obstacles, but I didn’t let them determine who I was or what I wanted to accomplish. What I’ve learned from my experience is that it’s important to find an expert in this disease and to have someone advocate for you. If I didn’t do this 30 years ago, I would not be telling you this story today.

Your ticket for the: Physician with GPA Continues Medical Career Despite Facing Obstacles and Discrimination