Mark Street – An Australian With GPA/Wegener’s Tells His Story 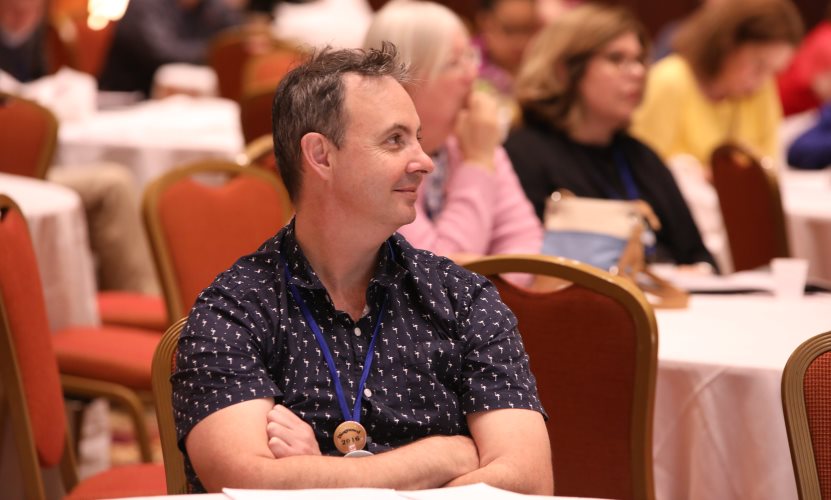 My story regarding vasculitis is probably not dissimilar to many others with the disease.

In late 2015, I acquired a rhinovirus infection. This then led into a bacterial sinusitis. Despite various antibiotic regimes, my sinuses did not improve. In fact, the symptoms worsened.

Along with the sinus pain, I had daily nosebleeds, loss of hearing, tinnitus, weight loss (approximately 23 kilograms or 50.70 pounds), blurred vision, night sweats, and finally hemoptysis (coughing up blood).

All along, my primary doctors were unable to definitively diagnose my condition. I finally managed to convince one of my general practitioners to let me see an ear, nose and throat (ENT) surgeon. He immediately suspected a systemic condition and sent me off for a chest scan.

The scan showed lesions consistent with a number of conditions, including vasculitis. In January 2016, my health continued to decline and I was finally admitted into hospital to undergo a battery of tests.

A CT-guided lung biopsy revealed I had GPA/Wegener’s. I was started immediately on cyclophosphamide along with Rituximab.

Despite the treatment, I relapsed in October and received Rituximab once again to push the GPA/Wegener’s back into remission. I will receive retreatment as soon as my B cells return. For me, the mental aspect has been the most challenging.

Initially, I was satisfied that I had a diagnosis and treatment plan and was confident that I would be able to quickly return to my love and job of flying; creating music; pursuing my physical activities such as cycling, and my goal of achieving a black belt in Taekwondo.
After several months post-diagnosis, however, I began to realize that I may never fly again; that my ability to write music may cease, due to the inability to hear; and that I would have to give up cycling and Taekwondo due to too much pain. What else could I do with my life?

To be honest, I was not in a good mindset. After some counseling, I decided to attempt to turn the negative aspects of my GPA/Wegener’s into positives.
I began by creating a website www.vasculitisoz.com to heighten awareness and be a source of information on all things vasculitis as well as inform doctors and patients on the research currently being undertaken in vasculitis, particularly in Australia. I continued developing friendships and networking with other patients and doctors and was contacted by Professor Richard Kitching, from Monash University.

After some initial conversations, Prof. Kitching invited me to be a part of a new group called ANZVASC (Australian New Zealand Vasculitis). It is a collection of Australian and New Zealand specialists, as well as me representing the patient cohort.

The overall intent of the group is to promote collaboration and excellence in both research into vasculitis and the clinical care of affected individuals. Essentially bringing health professionals together with patients.

There are a number of scoped goals including establishing a patient clinical quality register; bio banking; clinical trials; holding/ hosting national and international conferences for health professionals, researchers, and patients; information dissemination through the main website (yet to be finalized) as well as through the vasculitis website.

Your ticket for the: Mark Street – An Australian With GPA/Wegener’s Tells His Story

Mark Street – An Australian With GPA/Wegener’s Tells His Story