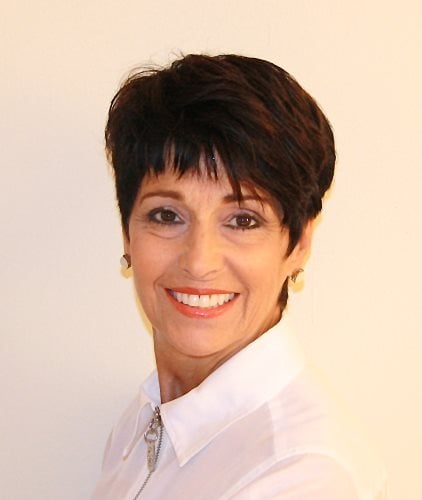 When she sought medical help, doctors considered a wide variety of possibilities including fibromyalgia and Lyme disease. Unfortunately, none of the treatments made a difference.

Finally, in July 2010, after a year-long battery of biopsies and extensive tests at the Mayo Clinic, Marianne was conclusively diagnosed with mixed essential cryoglobulinemia (cryo), hemolytic anemia, leukocytoclastic vasculitis, and monoclonal gammopathy.

“At the time,” Marianne says, “I felt so alone and scared because there was so little information available about cryo.”

Her doctors recommended that she immediately begin a course of rituximab along with immunosuppressants and prednisone.

“I experienced a bit of an improvement with the first course but not enough to improve my organ failure. Cyclophosphamide was added to my treatment protocol, and it slowly started to help with that.”

In the years since her rituximab treatments continued. Then, about 18 months ago, there was a dramatic turning point.

“I’m crazy excited to say that I heard a word I never thought would be possible: remission,” Marianne says. “How long will it last? No one knows, but life for me has returned to what it used to be. No pain, fatigue, rash, or blood transfusions. No more endless hours alone in bed. No fear!”

Her experiences with cryoglobulinemia inspired her to establish the Alliance for Cryoglobulinemia (www.allianceforcryo.org), an online patient support resource, in 2012 with Eileen Propp, another person with cryo.

“When I was first diagnosed with cryoglobulinemia, I couldn’t find an organization to tell me how to care for myself or to help diminish the feeling of isolation, so I started educating myself about rare diseases. In my greatest moments of fear and despair, I promised myself that I would never let another person feel as lost and unsupported as I had felt living with this disease. Through networking and collaborations, the dream is now a reality.”

“Like anyone living with a chronic illness, there are an endless amount of challenges to face.

At first, you think that having an incurable disease is the worst, but it’s not. The worst is dealing with all the losses that the disease is responsible for—your career, social identity, financial status, and even friends and family relationships that will never be the same because you are no longer you.”

Marianne notes her belief in the power of networking when faced with a rare disease.

“The Vasculitis Foundation and I became good friends right from the beginning, both as a patient and as an advocate for cryoglobulinemia,” she says. “Like minds stick together, and I knew we had the same objectives in mind.”

“My big dream is a cure,” she says. “But until that time my little dreams are for faster diagnoses, continuing education in medical centers about vasculitis, and physicians being available and more transparent to patient community support groups.”

Marianne adds, “You can heal both mentally and physically, but it starts with hope. Educate yourself about vasculitis. Realize that research is taking place every day and that there are treatments that can greatly improve your life. Take part in making decisions regarding your treatments because it’s your life.

“And stop thinking you’re crazy. You’re not! Find people like yourself in the vasculitis discussion group on Facebook. You are rare, but you’re not alone.”

Your ticket for the: Marianne Vennitti – Former Fitness Professional Diagnosed with Cryoglobulinemia Now in Remission