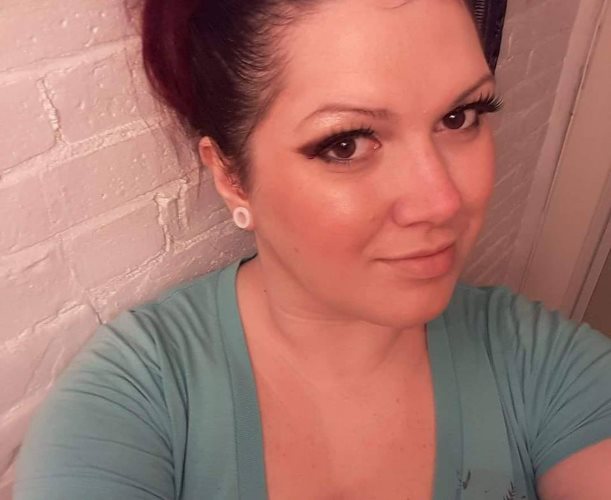 Jonelle Martin’s diagnosis motivated her to create a Facebook group for other patients with CNS.

By her own definition, Jonelle Martin calls herself a survivor of central nervous system vasculitis.

That term has even greater power considering that when she was diagnosed there were rumors among some of her friends and neighbors that she would not live past 25 years old.

Today, Jonelle is 32, and she is not merely surviving, but thriving as she celebrates the recent news of being in full remission. Moreover, she is pursuing her passion as the founder and leader of an active group on Facebook for patients with central nervous system vasculitis.

Her first symptom—numbness of her tongue— appeared in November 2008. Weeks later, Jonelle woke up to find the right side of her body was paralyzed.

Jonelle was admitted to the neurology center at Saint John Regional Hospital, in Saint John, Brunswick, Canada where she was given a battery of tests that revealed significant inflammation and lesions.

After her doctors consulted with the physicians at the Cleveland Clinic, they presented Jonelle with the diagnosis of central nervous system vasculitis.

“I will never forget that moment of pure despair,” Jonelle recalls. “Getting that diagnosis was by far the worst feeling I’ve ever felt and hopefully will ever feel again.

“Three doctors were explaining it to myself and my parents. They said it was the first case of CNS vasculitis any of them had ever encountered and what I read on the Internet about the disease led me to believe it was not only rare but often fatal.”

Treatment and recovery included infusions of cyclophosphamide, large doses of steroids, and many weeks incapacitated in a cloud of depression and anxiety.

During this time, a rumor started in her small town that Jonelle’s prognosis was fatal. She decided to start a Facebook group specifically to dispel these dire rumors among her friends and neighbors.

Then something fortunate happened as the result of a simple grammatical error.

When she set up the group, Jonelle mistakenly suggested it was for people with central nervous system vasculitis. Quickly the online group began attracting hundreds of CNS patients from around the world.

Today, Jonelle and her family serve as the administrators for the online community which has grown to over 400 members.

“CNS has many different symptoms beyond just the typical crushing headaches. We have patients in our group dealing with strokes and seizures. They’re all looking for more information, and support from others,” says Jonelle. “I remember what I went through with this illness, and hopefully this alleviates that hopelessness for others going through the same thing.

The Primary CNS /CEREBRAL Vasculitis Facebook Group can be found at https://bit.ly/2Nh4eR2

Your ticket for the: Jonelle Martin – Diagnosis Fuels Her Passion to Help Others with Central Nervous System (CNS) Vasculitis