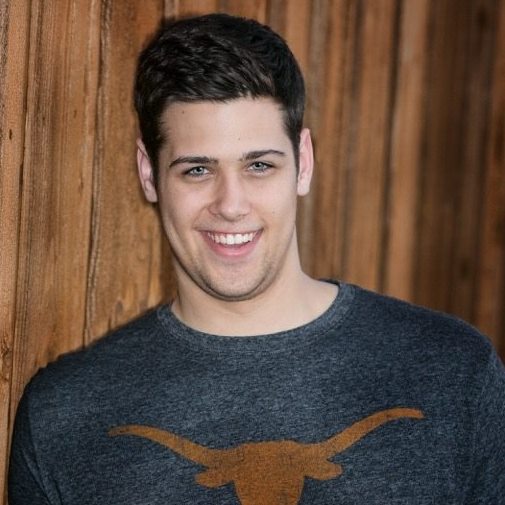 With May signifying Vasculitis Awareness Month, it is as great a time as any to look at those in our community who are making a difference in raising awareness about vasculitis. In this young adult patient profile, I had the pleasure of meeting a bright college student well on his way to educating others about rare diseases.

Originally from the Dallas area, Jake Kula is a freshman at the University of Texas (UT) in Austin who was diagnosed with Microscopic polyangiitis (MPA) in his sophomore year of high school.

Jake fought through the harsh side effects of prednisone and Rituximab. He also dealt with a hip replacement at the end of his junior year.

While he was forced to quit playing basketball and struggled with sleep in the early aftermath of his microscopic polyangiitis diagnosis, he says the great treatment options available to him in a large city like Dallas, as well as the support of his family, made coping with the disease much easier.

“My mom [Suzy] helped me get through everything throughout high school,” Jake adds.

Without any microscopic polyangiitis flare-ups after his junior year of high school and off of the prednisone, Jake began his college journey.

Jake had a renewed level of energy, as well as a newfound desire to learn more about the disease that plagued him throughout his teenage years.

Upon his arrival in Austin, Jake was admitted into the Dean’s Scholar Research Program, which will allow him to research different diseases while studying at UT. “I definitely want science to be a part of my future,” Jake says. “Getting diagnosed with vasculitis showed me how interested I am in research.”

In addition to his research opportunities, Jake is also involved in several organizations outside of the classroom. He tutors at a local high school for an hour or two each week and is a member of the school’s Sailing Club.

It is wonderful to see someone like Jake not only recover so quickly from a microscopic polyangiitis diagnosis but also thrive in his environment and live freely as a college-aged student should. What is even more impressive is Jake’s willingness and desire to both give back to the local community and learn more about his disease so that he can help others in the future.

In keeping with the theme of Vasculitis Awareness Month and the Vasculitis Foundation’s mission to educate others about this rare disease, it is great to welcome in another young adult with a bright future like Jake into our rapidly growing community.

Your ticket for the: Jake Kula – Athlete With Vasculitis Considering Career in Medical Research