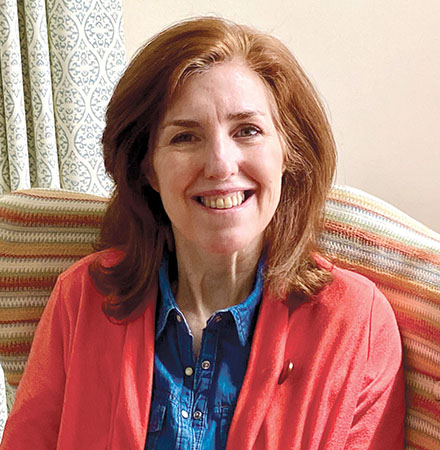 My 85 year old mother splits her time between living at her Florida condo in the cool months and her Long Island, New York condo in the warm months. When in Florida, she plays in several bridge games each week. My brothers and sister have always been competitive in sports. I thought they got this trait from my father who was a great athlete. But now I see that it was passed down by my mother as well! She loves the game of bridge, meeting with her friends, keeping her mind sharp and winning!

Early this past summer, when she returned to New York, she and her bridge playing friends, who had also returned to their Northern homes, found an app to use so they could continue their weekly game. They established a set time to meet, shared the game code, and now happily continue their weekly bridge in the comfort of their homes. No social distancing. No masks. No travel. The app deals the cards and even keeps the score. The best part is that with the video on, they’re able to see and talk to each other throughout the game!

In an article in The New Yorker, Agustín Fuentes, an evolutionary anthropologist at the University of Notre Dame, is quoted saying, “What is so important to humanity is connection. The kind of quarantines—in New York and Seattle, and what will happen in thousands of other places in the United States—will require people to connect in other ways,” he said. “One of the amazing things about the human species—once harmless critters not much more than monkeys running around—is that, over time, we have become very creative. We’ve adapted to survive. That’s what people will rely on now—coming up with incredibly imaginative ways to find connections even when they’re not in the same physical space together.”

My mother’s online bridge game inspired me to connect  with some of my own friends. I grew up in Long Island, New York and now live in Pennsylvania. A group of my close friends, who I’ve known since college and my early 20’s, still live in Long Island. Although they live closer to each other than I do, we all have busy lives and cannot physically get together as regularly as we wish, especially during Covid-19. So I explained my mother’s bridge game and suggested we establish a weekly card game ourselves.

That’s when our weekly Tuesday night pinochle game was born! Pinochle was new to everyone but me. When my husband and I were relocated to Michigan for his work back in the 90’s, we were part of a monthly pinochle game. We learned that playing cards was pretty popular, especially during Michigan’s long, cold grey winters. It had been years since I played, so we found a YouTube video that walked us through the basic rules. Then we signed up on trickstercards.com and began our weekly game.

Connecting each week has given us an opportunity to stay in touch while having some laughs. Usually while we’re all checking in at the beginning or before we say goodbye at the end, someone will mention something going on in their life that may not hear about otherwise. With five of us, each week one person is off or she can watch. This allows us to have some flexibility if any of us have conflicting plans.

The feeling of connectedness that staying in touch with friends offers translates to a number of mental health benefits, such as increased feelings of belonging, purpose, increased levels of happiness, reduced levels of stress, improved self-worth and confidence. All of these have to be good for us physically as well. Sounds like it’s a win for everyone—even those who aren’t AS competitive as others!

Your ticket for the: Pinochle Night Brings Friends Together During Pandemic