For Yanique, it’s About Holding on to Hope 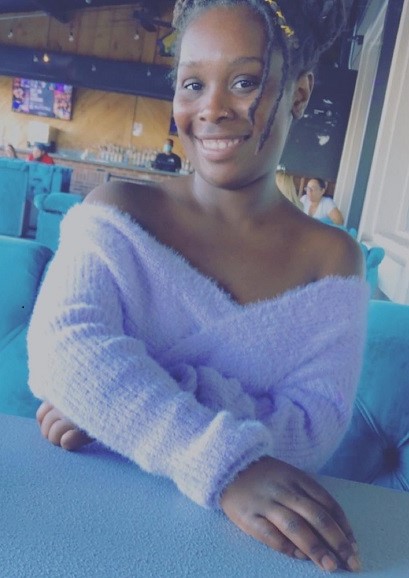 Yanique was just 9 years old when she was diagnosed with central nervous system (CNS) vasculitis—a rare inflammatory blood vessel disorder of the brain and spinal cord, which make up the central nervous system. It’s a serious condition in which the inflamed vessels can block the flow of oxygen to the brain, causing potentially life-threatening complications such as loss of brain function or stroke.

Yanique’s journey to a diagnosis started with bad headaches, fatigue, lightheadedness and a constant lack of energy, as well as a seizure that left her unconscious. From there, it was thought Yanique had a tumor in her brain, but it was CNS vasculitis. Treatment included chemotherapy, steroids, seizure medications, and brain surgery. “I was a child so I honestly don’t think I truly understood the severity,” Yanique said. “I just kept hope for the future and my mom was huge in helping me stay positive.”

Although she hasn’t experienced any of the symptoms of vasculitis that she had as a child, and is no longer undergoing treatment, Yanique, now 21, says that sometimes doing various activities is difficult for her. “But on a positive note, experiencing all that I have has made me a very strong woman,” she said.

From Queens, New York, Yanique went away to school to prove to herself that she could be self-sufficient and live on her own. She is now entering her senior year at Lincoln University in Pennsylvania, majoring in human services.

She interned at a government relations company in New York City in 2018 and is certified in mental health first aid—training which has given her the skills to help someone who is developing a mental health problem or experiencing a mental health crisis. Since 2017, she has been a peer educator assigned to a freshman residence hall at school, where she provides information to students, conducts monthly educational programs, and refers students to resources should they become a victim of sexual assault, domestic and dating violence, and stalking.

Yanique’s classes began in mid-August and she attends in person. “I’m nervous and excited because I’m almost done, but then the next chapter of my life is going to start soon and that transition is a bit nerve-wracking,” she said. Yanique wants to become a teacher and go to graduate school, although she hasn’t determined where yet. However, becoming a teacher is only a stepping stone to her ultimate goal of being a medical social worker.

For those who attended the Vasculitis Foundation’s first-ever virtual Pajama Party benefit in June, Yanique presented her story about her experience with vasculitis. She told participants what it’s like to have the disease and encouraged them to help people like her achieve their wildest dreams in spite of it. She likes to use the acronym HOPE – “Hold On. Pain Ends” – to encourage others.

“Your mentality is half the battle,” Yanique added. “Even though things seem horrible right now, I have hope that you can get through this. As hard as it may seem, stay positive.”

Your ticket for the: For Yanique, it’s About Holding on to Hope

For Yanique, it’s About Holding on to Hope