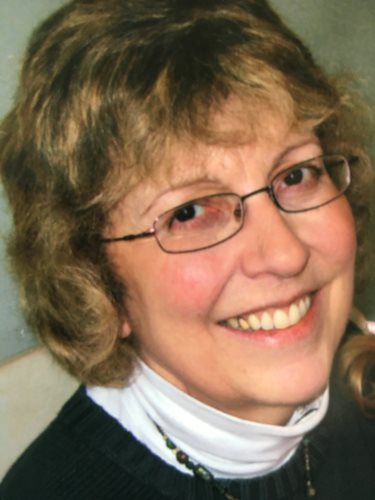 The reason why Eileen Radziunas wrote a book about her struggle with Behcet’s is almost as powerful as her story itself. Initially she simply wanted to keep notes about her condition because she didn’t know if she would survive the disease.

“I started out with no intention of writing a book,” said Radziunas. “I was so ill – actually convinced I was dying – and I wanted to provide the medical profession with every detail I could remember in the hope of giving enough information to be accurately diagnosed – and more importantly, appropriately treated.

In “Prognosis for Misdiagnosis” Eileen shares how an onset of oral/vaginal ulcers, inflamed joints, and a host of other symptoms became chronic, increasing excruciating pain.

Her book also documents the string of frustrating doctor visits that proved not only a waste of time, but made her increasingly frustrated and angry by dismissive, unhelpful doctors.

Her search to get a diagnosis for the “mystery illness” is recounted through several chapters of the book— but in reality it spanned a couple of decades until she finally got the answers from a caring, competent doctor.

“He was refreshingly confident in his own medical expertise, in a humble but decisive way – in that he did not refer to, or depend on medical records from other specialists. Consequently, his opinion – and accurate diagnosis – was determined without bias,” said Radziunas.

Her Behcet’s was treated with large doses of prednisone and Cytoxan which ultimately helped her to begin living a somewhat normal life again.

“Once the disease was identified and managed by a skilled rheumatologist I was able to live a far more normal and enjoyable life – the type I remembered, and missed, from before the disease became so active,” said Radziunas.

“Prognosis for Misdiagnosis” can be ordered on Amazon at https://amzn.to/2Mh0cv4

Your ticket for the: Eileen Radziunas – Author Chronicles Search for Answers in New Book “Prognosis for Misdiagnosis”