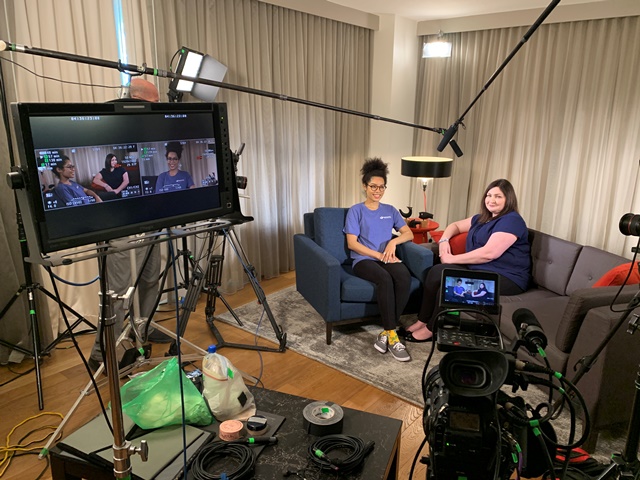 Loneliness is a common feeling among patients with vasculitis. When you find someone else on a similar path, it can help ease the isolation. That’s what happened to Dedra DeMarco and Devri Velazquez, who met at the 2019 International Vasculitis Symposium in July and discovered they share a lot in common on their journey with Takayasu arteritis (TAK).

“It was great to meet someone else with the same disease,” said Dedra, who along with Devri, appeared in a VF video (see link at the bottom) at the Symposium, to talk about living with TAK. Neither had ever met another person with Takayasu’s until then. “I am so happy I met people like Dedra and other patients who uplifted me and made me feel less alone in my journey,” said Devri.

In 2018, Dedra, 43, was diagnosed with TAK during late pregnancy, after experiencing high blood pressure, jaw pain, elevated heart rate, and other symptoms. Her son was born a month early by emergency C-section. “Lots of tears, fear, frustrations and isolation on top of being very sick while having a newborn,” she said.

Dedra, who also has a 21-year-old son, leans on her husband, Chris, other family and friends, and has found support through the VF. Her disease is still active. 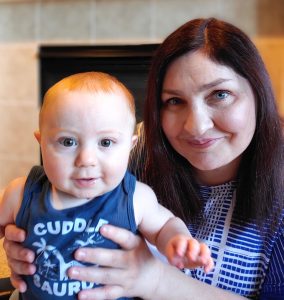 She hopes researchers will develop better treatments that have minimal side effects and are more targeted to her specific disease. She takes the immunosuppressant tocilizumab, prednisone and blood pressure medications. “Taking one medication would be better than taking multiple medications,” she said. “Research is so important so we can find these breakthrough treatments.”

Devri, now 30, was diagnosed with TAK during college in 2011. She experienced rapid weight loss, migraines, numbness and tingling in her limbs, and temporary blindness.

“I was scared for many years on and off, especially when I’d be in the hospital for weeks at a time and the doctors couldn’t clearly tell me what was going on,” Devri said.

Devri lives in New York City, where she faces challenges with relationships, jobs, friendships and finances while managing her disease. But she doesn’t think her diagnosis was an accident. 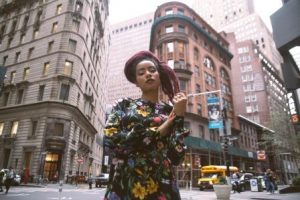 “I’m a writer by profession and I think this was the story I was meant to tell,” she said. “I try to use my writing as a form of therapy, but not just for myself. I feel an obligation to pour it into other people’s sense of hope.”

Both women are thankful to the VF for the connection made at Symposium. They compare stories and feel less alone in the world.

Click here to watch a video of Dedra and Devri recorded as part of Vasculitis Voices.

Join Our Journey: Support Our Campaign for Better Treatments

Vasculitis researchers around the world are working to find better, smarter treatments. You can help fund vasculitis research by supporting our Annual Appeal. This year’s appeal is focused on Better Treatments, which is the second pillar of our three-year Join Our Journey campaign.

Please support our Annual Appeal. Your support can help us create a brighter future for our family and friends living with vasculitis.

Your ticket for the: Connection at VF Symposium Eases Isolation of Takayasu Arteritis