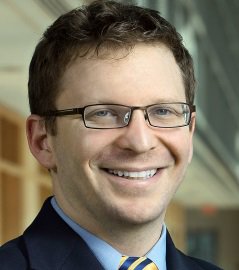 Kawasaki disease (KD) affects children between six months and six years of age. One of 5 patients develop aneurysms, or damaged and scarred blood vessel walls, in the heart.

A Vasculitis Foundation-funded study looked at the molecule Follistatin-like-1 (FSTL-1) that has been shown to play a major role in producing scar formation and damage in other inflammatory and non-inflammatory diseases.

“What happens in Kawasaki Disease is that there is some trigger of inflammation causing the immune system to attack blood vessels in the heart,” said lead investigator Mark Gorelik, MD, assistant professor at the Baylor College of Medicine in Houston, TX.

“These vessels are damaged and bulge out, which can cause clot formation or rupture, leading to early heart attack or failure. This is a problem whose current treatment is only partially effective.”

FSTL-1 is elevated in patients with active KD.

Other investigators have been looking at FSTL-1 in heart and lung diseases characterized by scarring. It appears that when this protein is “knocked out”, or removed from the organism under study, there is less damage. The question was whether this was also true in children with KD.

The researchers found that in the mouse model, FSTL-1 is elevated during KD as it is in humans. When they took out the protein by blocking its production, they hoped to show a reduction in the development of aneurysms. Unfortunately, but perhaps intriguingly, they found no significant differences in vessel damage.

“In one sense this outcome was disappointing,” said Dr. Gorelik. “However, it suggests that there are multiple pathways for developing scar formation; by eliminating this pathway as a candidate, we can perhaps uncover other mechanisms of scar formation in vasculitis that were previously unknown.

Science Made Up of Small Steps

He notes science is always made up of small steps and contributions to the data. In this case, we can direct researchers to look at other pathways of scar formation in Kawasaki Disease.

To Dr. Gorelik, trying to find out why a person’s body decides to attack itself and looking for ways to fix it is very satisfying work. Focusing on Kawasaki Disease as the number one cause of acquired heart disease in kids, is especially so. The resources available from the Vasculitis Foundation are very helpful in that endeavor.

“When you are a doctor seeing these patients in the clinic there is currently no way to fix the problem,” said Dr. Gorelik. “It inspires you to go the laboratory and look for ways to lessen the damage and suffering. Even if an idea doesn’t work, it still gives us knowledge about the disease process that we did not have before.”