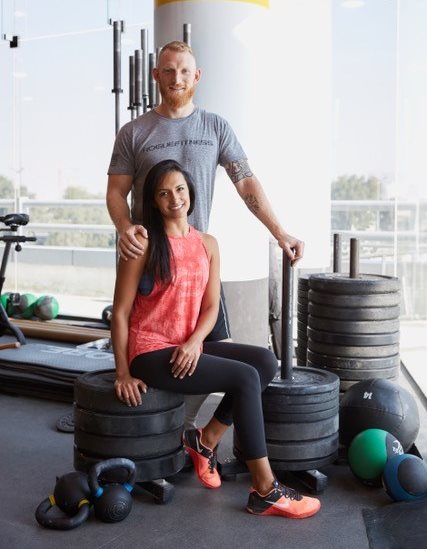 For Anna Fieldsend, the initial symptoms couldn’t have come at a worse time. At 19 years-old, Anna was in peak physical condition as she prepared for a career as a linguist in the British Military’s Intelligence Corps.

“We thought it was chronic sinusitis but the symptoms kept getting worse. I’m stubborn and pushed on with life the best I could, but within a couple of weeks I was destroyed and began to deteriorate rapidly.”

When she finally got the diagnosis of GPA/Wegener’s, Anna said she was overcome with a mixture of feelings. She recalls reaching a point of resignation and not caring so much as to the type of illness; she simply wanted to feel better. Although relieved to finally get a diagnosis, two words from the doctor’s explanation of how the vasculitis would be treated caused her concern.

“I was barely conscious when the doctors sat by my bed and explained everything to me. They told me the disease’s long and complicated name (Granulomatosis with polyangiitis, GPA/Wegener’s), what it was doing to my body, and how they would treat it, but the only information that my brain truly registered were the words “chemotherapy” and “possible infertility”, says Anna.

“I have always wanted to be a mom so hearing those words made me break down and burst into tears. Explaining to friends and family was hard as I didn’t quite know where to start! My parents were confused and scared but extremely supportive.”

Anna spent six weeks in the hospital where they stabilized her condition, and began treating her with plasmapheresis, IV cyclophosphamide, and methylprednisolone. However, it was ultimately Rituxan that proved to be the most effective treatment.

“Rituxan only came along eight years after my diagnosis, and at that point I had gone through every drug out there with no success. Everything that the doctors tried would work for a while then I would relapse again. Each time, more and more damage was being done. Finally, Rituxan changed everything. It was slow-acting but within two years I was in full remission,” Anna says.

Accepting the “new normal” that comes with vasculitis, specifically GPA/Wegener’s, has been one of her primary challenges, but she keeps a positive outlook. One of her outlets to share her story has been writing a popular blog entitled, “The Beautiful Flight: Living with Vasculitis”.

“I’ve never been a writer, but recently I had an urge to finally get my thoughts down on paper. I never really stopped to process what my family and I went through during those years, and I quickly found that writing this blog has helped a lot,” explains Anna.

“I know we are all different from each other but I know that for me, it would have helped to see a little light at the end of the tunnel by knowing that with the right help and medication, there can be a healthy life after GPA/Wegener’s and vasculitis in general.

You can read more detail about Anna’s experience at her blog: https://annefieldsend9.wixsite.com/vasculitis/single-post/2017/01/19/The-diagnosis-Part-1

Your ticket for the: Anna Fieldsend – British Woman Blogs About Her GPA/Wegener’s Journey