A Family’s Personal Journey Through Vasculitis 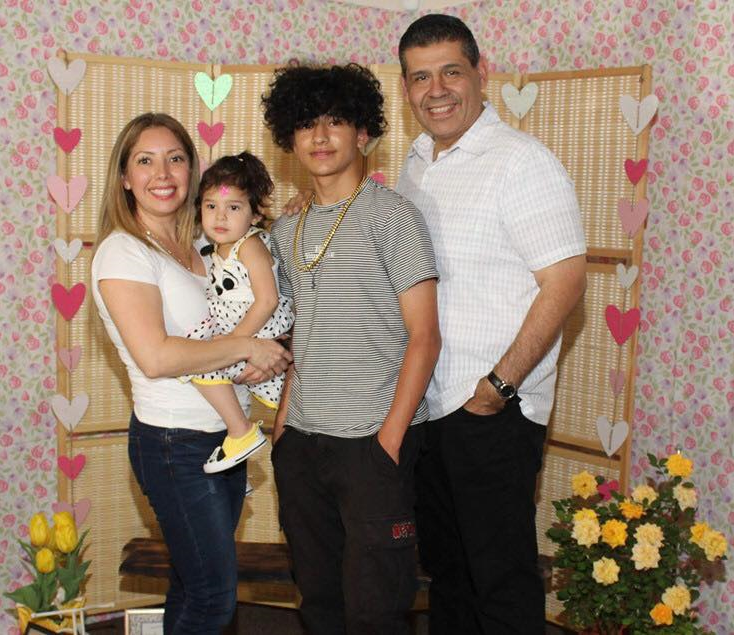 In life we often find that while not every story has a happy ending, we can learn from others’ experiences and hold on to hope. In the context of the vasculitis journey, we can hope for an early diagnosis, better treatments, advanced research and, ultimately, raise awareness. This is the story of Javier M. Diaz, Jr., who passed away just 10 months after being diagnosed with granulomatosis with polyangiitis (GPA), and what he and his family faced.

Javier’s road to a GPA diagnosis began in February 2019 when he and his family were living in Los Angeles, California. He had type 2 diabetes and was dealing with a diabetic ulcer at the time. Complaining of a clogged nose, red bloodshot eyes and double vision, Javier saw his primary care physician who recommended an over-the-counter nasal spray. By July, Javier showed no signs of improvement so he went to the emergency room to have blood work done. He was referred to an ophthalmologist who eventually told him that he had bleeding in the eyes, which was thought to be associated with his diabetes.

“At this point Javier was sleeping day and night and suffering from extreme fatigue. One morning he coughed up blood and decided to go to the hospital,” explained his wife of seven years, Tara. With low oxygen and blood levels (for which he needed transfusions), Javier was initially diagnosed with pneumonia. Tests also showed the beginning stages of kidney failure. He was put on a high flow oxygen machine, spent five days in the hospital and was released with a machine for use at home.

After leaving the hospital, Javier saw pulmonologist Syed Ahmed, MD, as an outpatient at California’s Palmdale Regional Medical Center. “The doctor took one look at Javier and told us he was released from the hospital way too early and that he needed to go back,” Tara said. Dr. Ahmed was also Javier’s intensivist, which is a physician who cares for critically ill patients.

In late August, Javier was still sleeping a lot and it took everything out of him to take a shower or get dressed, and his feet and lower legs were extremely swollen. “We went back to the ER one night in September and Javier was placed on life support and intubated.” At age 44, he was diagnosed with GPA, and underwent chemotherapy with Rituxan®, dialysis and plasmapheresis.

Two weeks later Javier was taken off life support and started rehab to learn how to sit up, stand, walk, eat, swallow, and shave again. “He could no longer get himself to the bathroom anymore,” Tara said. “Eventually his white blood cell count got down as low as it could possibly go and they transferred him from rehabilitation to the regular hospital, and then to the ICU because his oxygen levels had dropped again.”

Javier was put on a ventilator and transferred to the University of California/Irvine (UCI) Medical Center in November. While there, he experienced a seizure that lasted over four hours, as well as a brain bleed.

On January 4, 2020, Javier “coded blue” (was in cardiopulmonary arrest). He was admitted on January 21 to Kindred Hospital in Brea, California, a long-term care facility. He had three different blood infections along with kidney, heart, and liver failure. “His lungs were hard as rock,” Tara said. Javier passed away on May 18.

Since her husband’s passing, Tara has moved back to her hometown in Colorado with her 4-year-old daughter. Javier’s 16-year-old son from a previous marriage remains in California with his mom. His parents and one sister are also in California, and another sister is in Utah. “It hasn’t been a year yet, but we’re adjusting,” Tara said.

If there’s anything we can learn from Tara and her family’s experience it’s to, “Cherish and appreciate your loved ones because life can change from one moment to the next. If you have a loved one in the hospital, ICU, or a rehabilitation center, have a lot of helpers who take shifts to be there with your loved one, and keep a journal of everything that happens,” Tara said.

Your ticket for the: A Family’s Personal Journey Through Vasculitis

A Family’s Personal Journey Through Vasculitis