Study: Patterns of Relapse in Vasculitis can be Similar or Completely Different 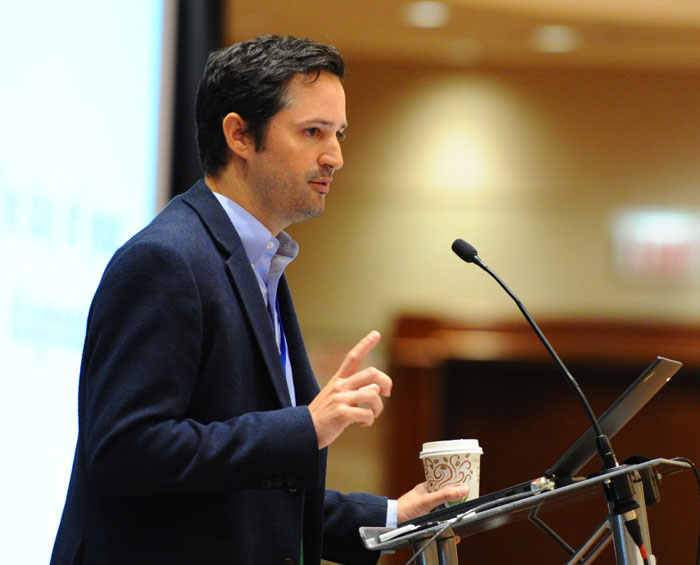 Many physicians tend to look at relapses of complex diseases such as systemic vasculitis as mirroring the symptoms seen at the original diagnosis. However, this isn’t always the case. Understanding the frequency and types of a patient’s new symptoms of vasculitis over the course of the disease is an important part of both clinical practice and the development of clinical and diagnostic guidelines.

Peter Grayson, MD, and others set out to quantify the new signs and symptoms presenting after the initial diagnosis in six kinds of vasculitis. They studied patients enrolled in the Vasculitis Clinical Research Consortium (VCRC) longitudinal study cohorts from 2006 to 2012. Using the VCRC records, standardized data collected on 95 disease manifestations in the following six vascular diseases: They published results in the January 2015 edition of the Journal of Rheumatology.

“When caring for a patient with chronic, relapsing disease, physicians often rely on the past medical history to guide ongoing clinical assessment with the assumption that features of a relapse will likely resemble patterns of prior disease,” said Dr. Grayson. “In this study we were able to show that patterns of relapse in vasculitis can be similar or completely different to the original presentation of the disease.”

Among the 838 vasculitis patients included, 490 (59%) experienced at least one new disease manifestation after their diagnosis. On average, patients with one of the studied forms of vasculitis experience 1.3 new symptoms.

A subset of each from 7% to 28% (depending on the disease) experienced 3 or more new manifestations. Twenty-seven (27) percent of the patients presented with new severe manifestations (defined as life- or organ-threatening in nature).

There was no relationship between the time of onset of these new manifestations and how long it had been since diagnosis.

“These findings show that the majority of patients with vasculitis will develop at least one new disease symptom after diagnosis,” said Dr. Grayson. “There will also be a number of new, severe manifestations.”

The next question the researchers asked was how well did their results compare with what had been reported in previous studies. Overall, the frequency of disease involvement at diagnosis and going forward was consistent with past findings. However, Dr. Grayson noted that for some of the diseases, good data was not available.

“This is important to the patient because it shows that ongoing assessment of patients with established vasculitis should be broad in scope,” he continued. “The data also emphasizes that there is significant room for improvement in finding newer treatments that are effective to prevent future disease relapse.”

Your ticket for the: Study: Patterns of Relapse in Vasculitis can be Similar or Completely Different

Study: Patterns of Relapse in Vasculitis can be Similar or Completely Different