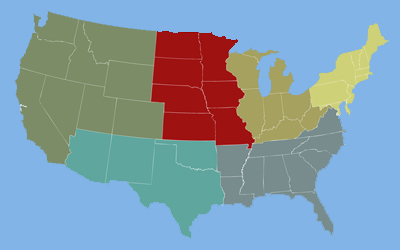 Behçet’s disease (BD) is a chronic condition that is rare in the United States. Although better studied in areas where it is seen more often, not as much research has been done in North America.

A group of researchers from the Division of Rheumatology at the University of Michigan in Ann Arbor analyzed the disease’s clinical characteristics among their patients and compared them to other cohorts outside the U.S.

“Behçet’s disease is generally understudied in the U.S. because it isn’t a common disease compared to other parts of the world such as Eastern Asia, the Middle East, or North Africa where it is more common,” said lead author Amr H. Sawalha, MD, professor of Internal Medicine at the University.

“This is a unique cohort describing the disease from the Midwest. It is important to know how patients in the US present and the differences in clinical features, what complications are expected, and what treatments work well. This knowledge helps us to better manage patients in this region and the US”

Large Cohort for Better Understanding “This is a large cohort for Behçet’s disease in North America,” says Dr. Sawalha. “That helps us better understand BD as it presents in Michigan and the US.”

All patients had mouth ulcers. The majority also had genital ulcers, and other skin symptoms. Organ involvement does happen in a significant proportion of patients, including eye involvement.

Behçet’s disease is such a rare disease that there have not been many groups of patients studied in the United States. This is also one of the largest formed to look at Behçet’s disease in North America.

“This is a substantial group of patients and that helps us to better understand Behçet’s disease as it presents in the US,” said Dr. Sawalha. “This, in turn, gives us the information needed to better diagnose and treat our patients.”