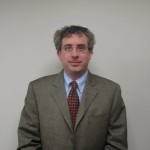 Merkel, the former founder and director of the Boston University Vasculitis Center, is excited about the new opportunity. “I’m looking forward to continuing my clinical and research activities in vasculitis and helping a rheumatology division at a great medical center continue to thrive and grow,” he says. He will direct clinical, teaching, and research activities at HUP, Penn Presbyterian Hospital, and the Philadelphia VA Hospital.

His immediate priority: opening a vasculitis program and other special programs in rheumatology. “This is a large metropolitan area and we’ll be conducting a variety of research projects and seeing patients in consultation,” Merkel notes. “We’ll be leveraging the vast intellectual resources of the University of Pennsylvania to go forward with innovative research.”

He will continue to serve as principal investigator and director of the Vasculitis Clinical Research Consortium (VCRC). And with his new appointment, the University of Pennsylvania becomes the coordinating center of the VCRC.

“All the VCRC’s activities will continue uninterrupted — clinical trials, longitudinal studies, registry studies,” he says. “And we have plans for new international studies to launch soon.”

Even growing up in New York, Merkel knew he would be a doctor. “At least since I was six,” he admits. “Being a physician is just who I am. I always loved the idea of helping people, and as I matured I found the science of it fascinating. But it’s really the people that inspire me.”

But if he weren’t a physician, Merkel would like to be a professional baseball player. “I see myself as a pitcher – a starting pitcher,” he laughs. “But I came to the realization early in life that that opportunity not only passed me by but never really existed.”

The son of an elementary school teacher and a businessman, Merkel taught high school for a year before entering medical school. Teaching remains an important aspect of his work.

“I’m encouraged by my ability to strongly influence the development of new faculty members and trainees,” he says. “It’s rewarding to do that as an educator and researcher. Of course, my hope is that some of those students will specialize in vasculitis. That’s important so more people know how to diagnose vasculitis earlier and treat people properly.”

Your ticket for the: Meet the Researcher: Peter A. Merkel, MD, MPH