Martin’s Story – You Must Be Your Own Ambassador

May 8, 2013 Other Stories, Vasculitis Stories 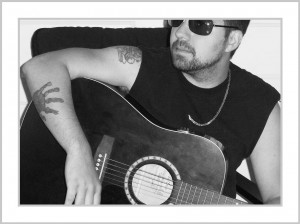 My name is Martin R. Lemieux. Now the age of 34, I’ve been dealing with deep vein thrombosis (DVT’s) since I was the age of 18. It has been 16 years now not knowing whether this would be the day one of my old clots would rise to the occasion, branch off and go up my circulatory system into my lungs, or heart.

I had my 1st DVT at 18 from shoveling snow and ultimately pulling my back. Doctors disregarded the blood clot due to not moving for about 4 months. A year later, I got a second blood clot, this time within my right leg. I revisited the outpatient thrombosis department and spoke to the same specialists who had more questions than answers. So I took the Fragmin injections they gave me and started another 4-month session on Coumadin.

Two years later, here we go again, blood clot #3. Now being a Leo, I wasn’t about to stand around and hear the same old song and dance, so I fought for answers, me and my mother pushed for more testing to be done.

After an ultrasound session, the ultrasound specialist was a little baffled as to what she was witnessing. For one, I didn’t have a right kidney anywhere to be found. Turns out I was born with one kidney, double the regular size. If that wasn’t enough, my main artery was smaller in diameter than it should be (birth defect), and my superficial arteries and veins were larger than normal. Not to mention, they couldn’t find a normal route within my system. In fact, they had to backtrack many times since my circulatory system didn’t conform to the “norm”.

All of this didn’t really tell me the “why” I was getting blood clots, but the extensive blood tests did. Like so many before me, I had a condition called: Factor V Leiden deficiency, which was passed on by both my parents who were carriers.

My legs started swelling in the heat, my arteries would hurt, and my movement was limited after my 3rd clot. I noticed a small circular reddish/black spot on my lower left ankle. One day while taking off my socks, I tore out the circle leaving a gaping hole in my leg. The specialists managed to perform a biopsy of the tissue within this hole. After weeks waiting for results, I was diagnosed with “Rheumatoid vasculitis”, which would later be an incorrect diagnosis.

All the while, my hole grew larger and larger and before I knew it, I had chronic ulcers on both sides of my left leg and another small one on my right leg. After seeing a dermatologist in Hamilton for an entire year, he came to the conclusion that he had no idea what to do next. I was referred to one of the top dermatologists in Canada. Thankfully this doctor was only 45 minutes away.

The new dermatologist started by changing my compression fittings and put me on a Coban2 – 2 Layer Compression System which seemed to keep the swelling under control. We tested a number of antibiotics with no results. At one point, I had an infection directly to the bone in my left leg, which led to more tests, more prescriptions, but again didn’t provide me with any answers.

We decided that I should start treatment with prednisone, since it was possible that I had an immune deficiency, which is a common treatment option with vasculitis. After being on prednisone for a year and a half, which is one of the nastiest prescriptions I’ve ever taken due to the major side effects, one being the fact that it deteriorates your bones over time. I decided to stop the treatment since it did nothing to cure my ulcers.

After speaking with my dermatologist, he agreed that I wasn’t responding in the correct fashion, so we both decided I needed more extensive blood tests. The results came back that I had a rare disease called; “Livedoid vasculopathy”, which is the sister to vasculitis, but causes massive inflammation preventing oxygen to flow in the blood and chronic pain 24/7.

I decided to take control over my own health management and wrote to specialists asking to be considered for Hyperbaric Oxygenation Chamber Treatment. And so here we are, 3 years later, I just started my chamber treatment with high hopes.

What have I learned over the past 16 years?

You’re the master of your own health and it’s up to you to become your own ambassador to your health needs. I now run multiple help groups online, I also maintain multiple health blogs and twitter accounts to educate people and to help people learn about the same problems I’ve been through.

Please feel free to read my extended history on my Facebook page.

Your ticket for the: Martin’s Story – You Must Be Your Own Ambassador

Martin’s Story – You Must Be Your Own Ambassador