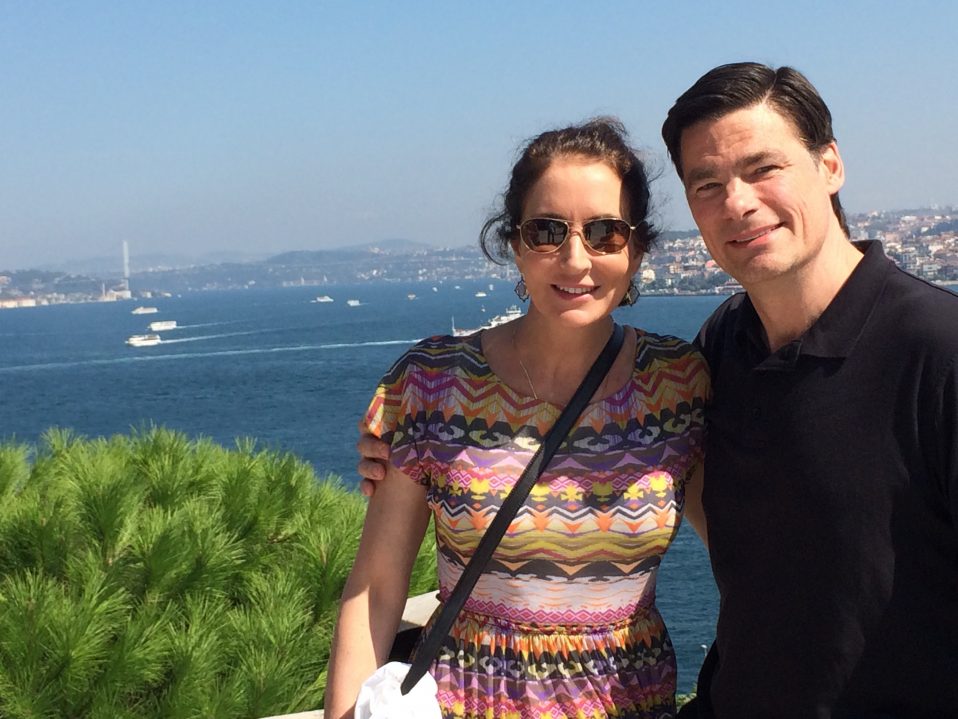 (Maitland, Florida, October 2019) Mark Anderson, MD, shared first place honors in the Vasculitis Foundation’s (VF’s) 2019 Recognizing Excellence in Diagnostics (V-RED) award program. Dr. Anderson’s patient, his wife Nancy Anderson, was trying to get a diagnosis in a way that is familiar to many vasculitis patients. Nancy’s early, nonspecific symptoms led to multiple visits with specialists who misdiagnosed the underlying condition. As her condition worsened, Dr. Anderson was determined to get some answers. “When Nancy’s peripheral neuropathy (numbness and tingling) spread from her feet to her hands, I knew this was something very serious,” he said. “I also knew her doctors were missing the core issue when they suggested it was just arthritis or fatigue.”

Fortunately, Dr. Anderson had some knowledge of vasculitis from his background in internal medicine so he knew what lab tests needed to be ordered for Nancy. When her anti-neutrophil cytoplasmic antibodies test came back significantly elevated, they immediately contacted John Stone, MD, a vasculitis specialist at Massachusetts General Hospital, Boston, where Nancy was diagnosed with microscopic polyangiitis and treated with rituximab (Rituxan®). “I feel so fortunate that my husband intervened when all of my other doctors were misdiagnosing, or not taking my condition seriously,” said Nancy. “His research and gut instinct ultimately prevented the vasculitis from becoming worse.”

Karen Hirsch, past-president of the VF Board of Directors, is particularly encouraged by the V-RED award program’s success. After her son, Michael, received an early diagnosis of vasculitis, Hirsch created the award to bring special recognition to medical professionals in a broad range of clinical specialties. She believes the award increases awareness among medical peers. The program calls on patients worldwide to nominate a medical professional they want to recognize for making a critical, early diagnosis of vasculitis, thus enabling timely treatment, and potentially sparing permanent and ongoing health complications. With more nominations than ever before, the program, now in its sixth year, has grown into a powerful campaign that raises awareness about early diagnosis.