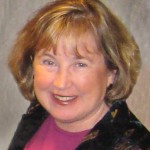 My name is Jane.  I was diagnosed with Churg Strauss vasculitis in May 2001. I live in a small town of 800 people in the foothills of western Massachusetts. I’ve been married 36(!) years and have a 25 year old son, who lives in Barcelona and a 23 year old daughter. My passions are sea kayaking, travel to faraway places, photography, and going to the movies.

Like many people with vasculitis, I was sick for quite a while before I was diagnosed. Diagnosis was difficult because vasculitis can present in so many ways. I saw many different specialists, but none of the doctors put it all together. I saw a pulmonologist for late onset asthma, an allergist and a dermatologist for skin rashes, and an ENT for sinus problems. I lost a lot of weight, which made me very happy, but I often felt weak and lacking in energy. I had a constant dry cough – my husband said he could never lose me in a store because he could just follow the sound of my cough to find me. I had Raynaud’s syndrome and I sometimes experienced pins and needles in my hands and feet.

My primary care doctor was wonderful in referring me to appropriate specialists, but I did not improve. I lived a busy, full life and I didn’t have the time to be sick, so I carried on the best I could. I ended up in the emergency room late one night after feeling that I just couldn’t breathe – I felt as though there was a five-ton elephant sitting on my chest. Imaging studies showed infiltrates in both lungs. At first I was put in an isolation room at the hospital while TB was ruled out. After two weeks in the hospital and many, many tests, I was finally diagnosed with CSS. I met five of the six American College of Rheumatology’s criteria needed to be classified as having CSS (only four are needed) which are: 1) asthma; 2) eosinophilia (eosinophils are a kind of white blood cell) greater than 10% on differential WBC count; 3) mononeuropathy; 4) transient pulmonary infiltrates on chest X-rays; 5) paranasal sinus abnormalities; and 6) biopsy containing a blood vessel with extravascular eosinophil. I started on high IV doses of prednisone. Improvement was dramatic. I soon felt better than I had in years! I am very fortunate my disease is responsive to medications and that they also control my infrequent flares. I am currently on 200 mgs of Imuran and 10 mgs of prednisone. I would like to further reduce the prednisone, but it seems I flare whenever I go below 10 mgs.

When I was first diagnosed, my husband and friends scoured the Internet for information on CSS. Because the disease is so rare, getting easy-to-understand information was difficult and finding an active patient advocacy group was impossible. The disease is so rare – with fewer than 900 to 3,000 patients in the USA – and there were just not the resources available for newly diagnosed patients. I was, however, fortunate to eventually find a Yahoo message board which proved to be a great support.

I was very lucky that Dr. Peter Merkel from Boston University Medical Center, one of the nation’s top vasculitis doctors, became my specialist. When I first met Dr. Merkel he was involved in establishing the Vasculitis Clinical Research Consortium (VCRC). He urged me to find someone willing to act in an advocacy position for CSS patients within the VCRC. After there were no takers among the people on the message board, I, along with Dr. Carol Kavanaugh, a CSS patient from California and Cindy Smoot, mother of a young child from Texas, formed the Churg Strauss Syndrome Association in 2004. Its original purpose was to gain representation on the VCRC, which had recently received more than $6 million in funding for vasculitis research. At a meeting of the Rare Disease Clinical Research Network in Rockville, MD we were further encouraged and supported in our efforts to set up a CSS resource to maintain a presence within the rare disease patient advocacy community.

Because Churg Strauss Syndrome is so rare and because it manifests itself in many ways, diagnosis and treatment can be problematic and confusing. Many of us search the web for pertinent information on the disease and its treatment. This task can feel overwhelming to the newly diagnosed. In addition, there has not been much research on CSS and therefore it remains somewhat of a mystery. Because it affects everyone differently, treatment is not standard. The drugs used to treat the disease themselves need to be understood as they can have adverse effects. Some of the articles are written in “doctor speak” which is hard for the lay person to interpret. We hoped to make the CSSA website a place where patients and their families can easily find the information and support they need to better understand CSS. We also hoped that by establishing a strong presence we might stimulate and support research into CSS.

Helping to create the CSSA is one of the most difficult things I’ve ever done and one of the things I’m most proud of. I had no relevant experience at all before I undertook this endeavor. In two years we have created a very informative and much accessed website with readers from over 70 countries around the world. We often learn that patients are referred to our site by their diagnosing physicians who themselves have referenced it to learn more about the disease. We have created an international presence with board members from France and the Netherlands. Our Medical Advisory Board consists of the worlds experts in our disease. Many people have contributed patient stories to the news page of the website. Ben Watt, DJ, songwriter, singer and author of the compelling book “Patient – the True Story of a Rare Illness” took the time to write a letter of encouragement to CSSers and people with vasculitis (http://www.cssassociation.org/oldnews/watt.asp). Irina Slutskaya, an Olympic figure skater who has CSS, graciously met with me and offered words of hope to all vasculitis patients (http://www.cssassociation.org/oldnews/Slutskaya.asp). On the news section we also publicize and promote research and share new information relevant to CSS.

Although the CSSA has accomplished so much in a short period of time, we recognize the need to band together with other vasculitis groups to better raise awareness of vasculitis. There is strength in numbers and together we can create a higher profile and stronger voice within the medical community and among the general population. Because CSS and other forms of vasculitis are so rare, many people are diagnosed late, or not at all, causing permanent damage or even death. We believe that by banding together, we will be more successful in raising awareness of all the vasculitides, resulting in earlier diagnosis and more effective treatment for each of the diseases. Someday, we hope that “vasculitis” will be a household name much as lupus, MS or Parkinsons is now. The CSSA is happy to have a close association with the VF as the WGA/VF was very helpful to our fledgling organization and provided advice, support and shared resources. We have a history of working well together and share many of the same goals.

Your ticket for the: Jane’s Story