Hope Gives Us Power to Choose Our Outcome 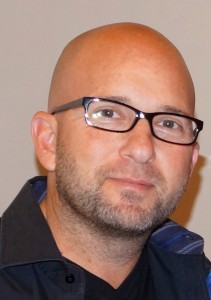 If there was ever a time to practice what I preach, these past six months have become that time.  I am a psychologist who for the past 20 years has specialized in clinical and sport psychology.  I have worked with individuals, families, athletes and teams on overcoming adversities in their lives, among many other things of course.  I teach others the need to find the positive in an otherwise negative event, to interpret life events optimistically, and to find purpose and meaning in the most uncertain times.  Well that all sounds good on paper until you look in the mirror and now need to tell yourself that.  My work became my life, and my preaching became my practicing.

I’m a father of two great kids and a husband of almost 20 years to an amazing wife.  No chance I would be where I am at today without them, and so I feel fortunate to have them along for this ride, just sorry they have to be on the ride with me.  My story began in the summer of 2013.  That was a time I could hit a golf ball 300 yards, do yard work, and button my shirts quite easily.  Today, I’m unable to play golf, I try to do yard work, and sometimes ask for help with buttons.  Last summer, I noticed some strange tingling sensations in my forearms while playing golf.  The sensations worsened and turned to numbness and pain, and they eventually spread from my scalp down to my ankles.  My hands began to atrophy and weaken, and I could no longer hold a golf club or use my hands normally.  Like many patients diagnosed with an auto-immune disorder and vasculitis in particular, it took months to figure out the origin of these symptoms.  I saw over 10 specialists from rheumatologists to neurologists to neuromuscular specialists.  I had every diagnostic test known to modern medicine, and had hundreds of needles in my searching for something in my blood.  I heard everything from “you have anxiety “to “I’m really not sure what you have,” and “I don’t know how to help you.”  I felt lost and spent hours on the internet playing doctor, ironically because my kids would joke that being a psychologist is not a ”real doctor,” as the movie line goes.  And so for the first time in my life, I was scared about my own life and what was happening to me.

It was not until I met Dr. Jeff Allen at Northwestern (soon to be at the University of Minnesota) and two others at Mayo who confirmed his suspicions with a nerve biopsy that I was diagnosed with non-systemic microvasculitis with multiple neuropathies including bi-lateral ulnar nerve entrapment, the very reason for my atrophy, muscle weakness, and loss of function in my arms and hands.  There’s a mouthful.  The more I have researched and spoken to doctors, the more I realize that my specific diagnosis is not too common.  In fact, it’s less common than the 30 per million systemic type afflicting so many vasculitis patients.  Of course my first question was how, then why, then what’s next, then what’s after that.  Soon thereafter, the medications consisting of IV and oral steroids and chemotherapy began.  Today, some of my questions have been answered, but ultimately the most important question to me was how I would deal with this.   In my role as a psychologist I have seen coping mechanisms across the continuum, from those who avoid or play victim, to those who fight and communicate to the disease process that it met the wrong person.  We are all shaped by the experiences in our lives and for me, I had a few with my own mother which I view today as lucky I went through.  She was the ultimate model of coping with illness, one for whom no disease could beat.  My mother was diagnosed with breast cancer at 39, lymphoma #1 at 52, and stage 4 lymphoma #2 at 57.  Today, at 69, she looks like she’s no older than 50 and healthier than ever.  I knew my response would be singular and purposeful.  It would be to continue to define myself by who I am, not by what I was diagnosed with; to fight back by reminding it daily that it had met its match, and to give back; all the things my mother did when she was met with disease.  There is no other way.  You find the roses and not the thorns, and though you may get scratched and cut along the way, and I have, the roses are there if your focus remains on what now versus what if or why me.

That has been my message to myself.  What now?  So I work out every morning, even if it’s 15-20 minutes on the treadmill and a bunch of sit-ups and stretches, a workout by the way I rarely did when I was “healthy.”  I removed lots of inflammatory foods from my diet like sugars and dairy, and gluten and whites.  These changes plus the daily exercise allows me a sense of ownership over my body.  Despite continued muscle weakness and atrophy in my arms and hands, I still like to shovel the snow, do house work, and practice my putting, because not doing so would mean the disease defines me and controls me, and that will never happen.  I do those things because I want normal and health to define me, not abnormal and illness.  This is where I feel that any of us diagnosed with any illness has choices.  Choice separates us.  Choice gives us power.  “People are not disturbed by events but by the view we take of those events,” as the philosopher Epictetus stated.  That is choice.

The Vasculitis Foundation (VF) has been an amazing resource for me.  I’m neither used to asking for help nor admitting when I need it.  In the small circle that is Chicago’s north shore, I met a woman whose collegiate athlete son has been diagnosed with vasculitis and a man with vasculitis who is now the president elect for the VF, all who live within 10 miles of me and are on the VF board.  After my own treatment began and things settled down a little, all I wanted to do was give back so that if one person can benefit by what I, or any of us with vasculitis have been through, than having had this becomes more worth the fight.  I joined the awareness committee and will commit to educating others as strongly as I am committed to beating this into remission.  That’s what I was taught and I don’t see any other way.

I continue to have an amazing support in my wife and my kids, and they have helped motivate me to fight back.  At times, we all get a little frustrated, and scared and worried.  I tell people and patients often that being nervous is normal and being scared is understandable.  I’m not sure exactly what my future brings, be it on or off the golf course, or with simply opening up a bottle of water, but it has been hope that has allowed me to see tomorrow in an uncertain today.  Hope gives us power to choose our outcome and to know that tomorrow will be better. We all experience things in our lives to uncover the person we ultimately become. This gives meaning and purpose to both the good and bad. All of it gives us an opportunity to learn, to live, to understand, and to give.  That is what this diagnosis has done for me and not to me.

Your ticket for the: Hope Gives Us Power to Choose Our Outcome

Hope Gives Us Power to Choose Our Outcome