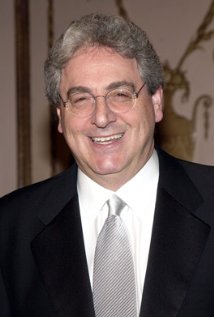 The Vasculitis Foundation is deeply saddened about the death of Harold Ramis, actor, writer, director and one of Hollywood’s most famous comedy filmmakers, due to complications from autoimmune inflammatory vasculitis, a rare disease that involves inflammation of the blood vessels.

“Our thoughts and prayers are with the Ramis family, his friends, and everyone he made smile through his movies,” said Joyce A. Kullman, executive director of the Vasculitis Foundation.

Ramis’ serious health struggles began in May 2010 with an infection that led to complications related to the autoimmune disease, his wife,  Erica Mann Ramis, said. Ramis had to relearn to walk but suffered a relapse of the vasculitis in late 2011, said Laurel Ward, vice president of development at Ramis’ Ocean Pictures production company.

Ramis is famous for his work on many of the blockbuster comedies of the past 30 years including National Lampoon’s Animal House, Stripes, Ghostbusters, Caddyshack, Groundhog Day and Analyze This.

Since 1986, the Vasculitis Foundation empowered patients through disease education, raising awareness of vasculitis in the general public and medical community, and funding research to determine the cause, develop more effective treatments, and discover a cure.  The VF is committed to improving the lives of current and future patients and is positioned as the definitive resource for patients, family members, medical professionals and researchers seeking information about vasculitis.

Your ticket for the: Vasculitis Foundation Saddened by Death of Harold Ramis