The Power of Transformation – Fran’s Story 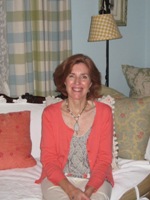 The Power of Transformation

It all started when my husband and I planned a dream vacation to Nantucket, with reservations at a quaint B&B on the island. Although I couldn’t wait for this get-away, I couldn’t seem to keep my eyes open to take in the beautiful view as we flew onto the island. While on the beach, all I wanted to do was sleep. Later the first night, I awoke in the middle of the night, screaming with a terrible headache. Nothing seemed to relieve the pain, so the next morning, we went to the island emergency room and antibiotics were prescribed for acute sinusitis. Unfortunately, the medication did nothing to reduce the headache pain that had me up screaming again during the second night. Worried, we cut our vacation short and flew home the next day.  The next six months involved emergency rooms, referrals to specialists, numerous prescriptions for antibiotics and pain meds, two sinus surgeries, weight loss, numbness and lack feeling on the side of my face, double-vision and the constant, unbearable vice-like headaches.

Finally in a New York City hospital, with a team of 12 doctors in as many specialties, I was diagnosed with TWO autoimmune diseases, Wegener’s granulomatosis and Crohn’s Disease. The former was causing inflammation and lack of blood flow to my sinuses, eye orbit and the lining of my brain. I can’t help but think that the Crohn’s came as a result of all the medications I took and their effects on my GI track. Although I was grateful to be alive, for a long time after these diagnoses, it was a steady stream of bad health news. I was given a prescription for out-patient Cytoxan and prednisone. The chemo left me extremely tired and nauseous (and more issues further down the road). The prednisone had its own list of side-effects, including the deterioration of my bones. First, it caused seven compressed vertebrae and a year later, it impacted my hip bones, requiring me to have bi-lateral hip replacements (at 35 years old)!

This was the most difficult time of my life; first receiving the diagnoses news (what the heck was an autoimmune disease and who ever heard of Wegener’s granulomatosis?) and on top of that already devastating news, learning that the meds I was given for these diseases were wreaking havoc on other parts of my body! At times it was too much to comprehend. Since I required full-time care after the compressions, instead of hiring a nurse, I moved back to my childhood home to live with my parents.

My life took a dramatic turn. Leaving behind my husband, home and creative work, my days began in a hospital bed and in order to do the most basic daily functions like getting washed and dressed, I needed my mother’s help and the aid of a walker. My body looked and felt like a 90-year old woman; yet my mind was close to six decades younger. All kinds of therapies filled the weeks – chemotherapy (for the WG), physical and occupational therapies to learn how to walk again and strengthen my back and psychotherapy to come to terms with the cards I had been dealt. When questions to my doctors about when I’d be better, how long would I be on chemo or would I ever be able to stand straight, were vaguely answered if answered at all, it became clear that I had to be in charge of my recovery.

While I was staying with my parents, my husband was flying east every two weeks to be with me. When my health allowed, I made the flight to him, so we could be in our home together. During one of these flights, with quite a bit of turbulence, I began considering how I’d be remembered if the plane went down. I thought about what would be next to my name on the passenger list: rare autoimmune disease patient, disfigured, walker-bound. Whatever the description, it wouldn’t capture anything of the true essence of who I was. In that moment, I decided that I was going to do all I could to change my outcome. I was not going to wait for a doctor to tell me if or when I was going to be well again. My future was in my hands.

In the years that followed the diagnosis and back compressions, I learned how to walk three times (after the compressions and each hip replacement surgery) spending hours in physical therapy and later in aquatic classes to strengthen my bones. I read up on which foods had the most calcium and regularly tweaked my diet to lessen digestive issues, while building strength. I read about the power of my thoughts and intentions, believing (and seeing firsthand) that my positive attitude and prayer could create miraculous results. I met a doctor who practiced acupuncture and Chinese medicine and as we worked together, I began to wean off the numerous drugs I was prescribed. My family and friends were my cheering section, always giving me encouragement, as well as being there when there were setbacks. Most importantly, was my rock of a husband, whose steady, unconditional love kept me going during the toughest times. He frequently reminded me of what our life was like together and how we were going to get it back again.

The good news is that God has been good to me and I have come a long way since those days. I have made amazing progress in so many aspects of my life–physically and mentally. I still have set backs, but I am extremely blessed to able to do the things I’m doing today. The one constant through all of these difficult times, (aside from my husband’s support) is the joy I have felt when I was able to create something new. Just sitting at my sewing machine for a few minutes, has had a healing effect: getting my imagination fired up again.

My hard-earned comeback is why the idea of transformation is so important to me. I’m a living example of how what was sickly, bent-over, bloated and brittle can, with a lot love and attention, be transformed, and renewed. So when I saw an old Victorian house that was plain and drab – once called the ugliest house on the block – I knew I could rescue it. The same thing seems to happen each time I see something tattered, bumped or bruised. I see beyond what someone considered junk or a neglected, forgotten “something” donated to a thrift shop.  I see a piece that needs a little reworking, knowing I can give it a second life. A new coat of paint or some sun-bleaching after a good wash only serves to enhance its appearance. I give it a bit of help outwardly, but the soul of the piece shines through. A “new look” readies it for a second life with the added bonus of its original charm or personality. It’s history, the story of finding it, the love from its previous life become part of its energy. I know that’s the case with me. Much of my pre-illness self-shines through but I have new “layers” that have been added to make up the person I am today. I have come back from my challenges, only slightly worse for wear, yet filled with optimism, strength in my faith and a greater appreciation of the life that can still be found in the old, tattered and forgotten.

Editor’s note:   Click here to view the amazing transformation of “the ugliest house on the block” and Fran’s other projects.

Your ticket for the: The Power of Transformation – Fran’s Story

The Power of Transformation – Fran’s Story