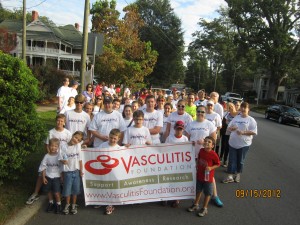 Join us for the 10th Annual Keesha Vessel Walk!  The walk is organized in memory of Keesha, who passed away from Wegener’s in 2005. The walk raises awareness of Wegener’s and vasculitis and funds for the VF Research Program.  Over the past 10 years, the walks have raised almost $30,000 for the Vasculitis Foundation.
Event organizer:  Diann Alford or 678.416.9155

In August 2005, no one in our family had ever heard of vasculitis, much less Wegener’s granulomatosis, now known as GPA/Wegener’s.  We soon found out much more than we ever wanted to know.

On August 4th that year, Keesha Vessell, my oldest daughter, was in Atlanta attending a work conference.  That morning she collapsed and coworkers rushed her to Piedmont Hospital.  Within hours doctors were telling us that Kee had bleeding from her lungs and they suspected more involvement but needed more tests to make any further determinations.  That was on Thursday; by Monday a kidney biopsy was done and we heard the dreaded diagnosis:  Wegener’s granulomatosis.

For six weeks Keesha lay in a coma to give her body a chance to recover from the trauma.  Physicians gave her a less than 10% chance of survival but weeks later she woke from the coma and was somewhat back with us for the next three months.  We were blessed to have Keesha through the holidays and the family celebrated Christmas in the hospital.  Then on the morning of January 3, 2006 we received another middle of the night call and we rushed back to the hospital.  Kee died at 6:36 a.m. 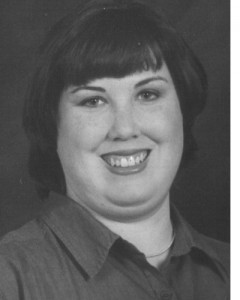 Knowing what our family went through and has been through since Keesha’s death, makes these few sentences seem to be an injustice to the horrendous process but there are no words really to describe it.  Besides the point of this effort is not to concentrate on what Kee went through or our pain since, but to emphasize the need for awareness of vasculitis, both in the medical community and in the general public.

As time passed, it was obvious Kee had had several symptoms of Wegener’s for about two years but she was seeing different doctors and no one ever put all the pieces together.  During her ordeal, when Kee was lucid, her repeated promise was to give her God the glory for her healing and to make others aware of this terrible disease.  In honor of this promise, our family has held a walk each year in September, the month of Kee’s birthday.  The walks have raised almost $30,000 for the Vasculitis Foundation.

Today, Kee’s son, Blake, is about to graduate from college, her oldest daughter, Emilie, has given her a grandson and the youngest, Jordan, is finishing her junior year of high school.  Obviously we miss Kee every day.

Please save the date! We hope to see you in September!

Your ticket for the: Celebrating a Life: The Keesha Vessell Vasculitis Walk