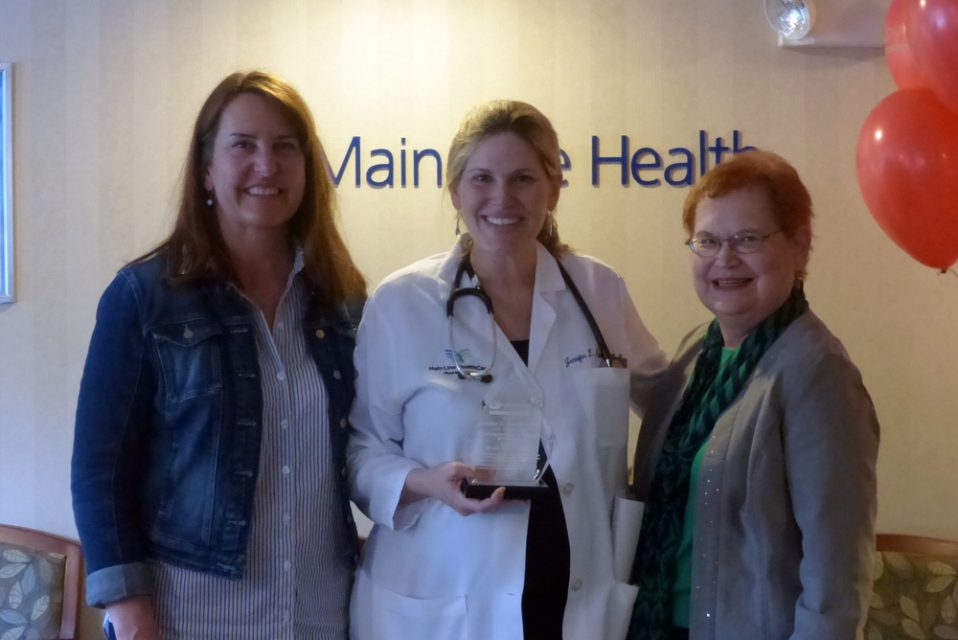 Continuing with its commitment to promote early diagnosis of vasculitis, the Vasculitis Foundation awarded the Recognizing Early Diagnosis Award (V-RED) in May.

“The goal of the V-RED Award is to honor these healthcare professionals because they are a part of our goal to raise awareness about the need for earlier diagnosis of vasculitis,” says Joyce Kullman, Executive Director of the Vasculitis Foundation.

“So often our patients fail to get an early diagnosis because vasculitis symptoms can mimic so many other conditions. We created the V-RED Award to single out those medical professionals who did catch the disease in its early stages, thus improving the outcome for the patient.”

“I believe my vasculitis was caught early enough before severe symptoms had set in,” says Petersohn. “If it were not for Dr. Nansteel’s skill as a diagnostician, I would have been in much greater difficulty. I am forever indebted to her.

Dr. Nansteel deserves this recognition for her caring manner with which she followed through in the early days of my diagnosis. It is this combination of competency and compassion that makes her such a special physician and woman.”

Your ticket for the: Dr. Jennifer L. Nansteel Honored by Vasculitis Foundation with the 2017 V-RED Award