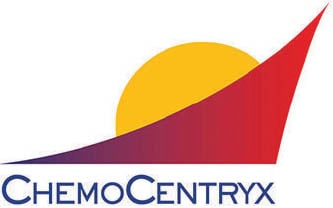 — NDA for avacopan in ANCA-Associated Vasculitis is under review by the FDA with a PDUFA goal date of July 7, 2021 —

ANCA-associated vasculitis is a systemic auto-immune disease in which over-activation of the complement system further activates neutrophils, leading to inflammation and eventual destruction of small blood vessels. This results in organ damage and failure, with the kidney as the major target, and is fatal if not treated.

“The results of the ADVOCATE trial are transformational and demonstrate the potential of avacopan to offer a substantial change in the treatment paradigm for ANCA-associated vasculitis,” said Peter A. Merkel, M.D., MPH, Chief of Rheumatology and Professor of Medicine and Epidemiology at the University of Pennsylvania. “Current treatment for ANCA-associated vasculitis consists of combining months of daily glucocorticoids (“steroids” such as prednisone) with other immunosuppressive medications. Use of prednisone is associated with significant side-effects, including infections, diabetes mellitus, weight gain, and other problems. The ability of avacopan to replace prednisone and help patients achieve sustained remission is a significant and exciting advance for the treatment of patients with ANCA-associated vasculitis.”

“The ADVOCATE trial clearly demonstrates avacopan’s ability to improve kidney function, measured by eGFR, in ANCA-associated vasculitis, and was recently reinforced in another orphan kidney disease, C3 Glomerulopathy. This is a significant advantage over other treatment options that often come with added toxicities and will likely lead to reduced risk of kidney failure over the longer term,” said David Jayne, M.D., Director of the Vasculitis and Lupus Service, Addenbrooke’s Hospital in Cambridge.

The ADVOCATE trial was a global, randomized, double-blind, active-controlled, double-dummy Phase III trial in 331 patients with ANCA-associated vasculitis in 20 countries. Eligible patients were randomized to receive either avacopan or oral prednisone. In addition, all patients received standard background therapy of either: (a) rituximab for 4 weeks; or (b) cyclophosphamide for 13 weeks followed by azathioprine/mycophenolate, evenly balanced between the avacopan and prednisone groups.

Additionally, results published in the NEJM also show that, compared to the prednisone group, avacopan treatment:

Avacopan demonstrated favorable safety results in this serious and life-threatening disease, with fewer subjects having serious adverse events in the avacopan group than in the prednisone group.

The U.S. Food and Drug Administration (FDA) is evaluating avacopan for the treatment of ANCA-associated vasculitis and has set a Prescription Drug User Fee Act (PDUFA) target goal date of July 7, 2021.

ANCA-associated vasculitis is a systemic disease in which over-activation of the complement pathway further activates neutrophils, leading to inflammation and destruction of small blood vessels. This results in organ damage and failure, with the kidney as the major target, and is fatal if not treated. Currently, treatment for ANCA-associated vasculitis consists of courses of non-specific immuno-suppressants (cyclophosphamide or rituximab), combined with the administration of daily glucocorticoids (steroids) for prolonged periods of time, which can be associated with significant clinical risk including death from infection.

About Avacopan
Avacopan is a first-in-class, orally-administered small molecule that employs a novel, highly targeted mode of action in the treatment of ANCA-associated vasculitis and other complement-driven autoimmune and inflammatory diseases. By precisely blocking the receptor (the C5aR) for the pro-inflammatory complement system fragment known as C5a on destructive inflammatory cells such as blood neutrophils, avacopan arrests the ability of those cells to do damage in response to C5a activation, which is known to be the driver of ANCA-associated vasculitis. Current therapies for ANCA-associated vasculitis and other related illnesses typically include broad immunosuppression with daily doses of glucocorticoids (steroids) such as prednisone or methylprednisone, which can cause significant illness and even death. Avacopan therapy was designed to prevent these outcomes. Moreover, avacopan’s selective inhibition of only the C5aR leaves the beneficial C5a pathway through the C5L2 receptor functioning normally.

The U.S. Food and Drug Administration (FDA) is evaluating a New Drug Application (NDA) for avacopan for the treatment of ANCA-associated vasculitis and has set a Prescription Drug User Fee Act (PDUFA) goal date of July 7, 2021.

ChemoCentryx is also developing avacopan for the treatment of patients with C3 glomerulopathy (C3G) and severe hidradenitis suppurativa (HS). The U.S. Food and Drug Administration has granted avacopan orphan drug designation for ANCA-associated vasculitis and C3G. The European Commission has granted orphan medicinal product designation for avacopan for the treatment of two forms of ANCA-associated vasculitis: microscopic polyangiitis and granulomatosis with polyangiitis (formerly known as Wegener’s granulomatosis), as well as for C3G.

ChemoCentryx’s Kidney Health Alliance with Vifor Pharma provides Vifor Pharma with exclusive rights to commercialize avacopan in markets outside of the U.S.

About ChemoCentryx
ChemoCentryx is a biopharmaceutical company developing new medications for inflammatory and autoimmune diseases and cancer. ChemoCentryx targets the chemokine and chemoattractant systems to discover, develop and commercialize orally-administered therapies. ChemoCentryx’s lead drug candidate, avacopan (CCX168), successfully completed a pivotal Phase III trial in ANCA-associated vasculitis and a New Drug Application is under review by the U.S. Food and Drug Administration. Avacopan is also in late stage clinical development for the treatment of severe Hidradenitis Suppurativa and C3 glomerulopathy (C3G).

ChemoCentryx also has early stage drug candidates that target chemoattractant receptors in other inflammatory and autoimmune diseases and in cancer.

Forward-Looking Statements
ChemoCentryx cautions that statements included in this press release that are not a description of historical facts are forward-looking statements. Words such as “may,” “could,” “will,” “would,” “should,” “expect,” “plan,” “anticipate,” “believe,” “estimate,” “intend,” “predict,” “seek,” “contemplate,” “potential,” “continue” or “project” or the negative of these terms or other comparable terminology are intended to identify forward-looking statements. These statements include the Company’s statements regarding the timing of anticipated PDUFA date for the avacopan NDA for the treatment of ANCA-associated vasculitis, the achievement of anticipated goals and milestones, whether avacopan will be approved by the FDA or EMA for the treatment of ANCA-associated vasculitis, whether avacopan will be an effective treatment in other indications such as C3G or severe HS, and whether the Company’s drug candidates will be shown to be effective in ongoing or future clinical trials. The inclusion of forward-looking statements should not be regarded as a representation by ChemoCentryx that any of its plans will be achieved. Actual results may differ from those set forth in this release due to the risks and uncertainties inherent in the ChemoCentryx business and other risks described in the Company’s filings with the Securities and Exchange Commission (“SEC”). Investors are cautioned not to place undue reliance on these forward-looking statements, which speak only as of the date hereof, and ChemoCentryx undertakes no obligation to revise or update this news release to reflect events or circumstances after the date hereof. Further information regarding these and other risks is included under the heading “Risk Factors” in ChemoCentryx’s periodic reports filed with the SEC, including ChemoCentryx’s Annual Report on Form 10-K filed with the SEC on March 10, 2020 and its other reports which are available from the SEC’s website (www.sec.gov) and on ChemoCentryx’s website (www.chemocentryx.com) under the heading “Investors.” All forward-looking statements are qualified in their entirety by this cautionary statement. This caution is made under the safe harbor provisions of Section 21E of the Private Securities Litigation Reform Act of 1995.

Your ticket for the: ChemoCentryx Announces Publication in The New England Journal of Medicine of Results of the Pivotal Phase III ADVOCATE Trial of Avacopan for the Treatment of ANCA-Associated Vasculitis