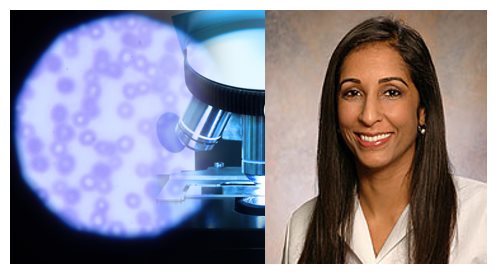 Editor’s note: This is the second of a two-part series discussing information presented at the 2017 International Vasculitis and ANCA Workshop in March in Tokyo, Japan. The first part of the article was published in the July/August newsletter and reviewed research presented on ANCA vasculitis and pulmonary limited Microscopic Polyangiitis (MPA). This part of the article discusses Takayasus and Giant cell arteritis.

Early recognition and diagnosis of vasculitis leads to prompt management and better patient outcomes. Currently the delay to diagnosis is significant (258 days in TAK and 56 days in GCA) and there are overlapping clinical features including weight loss, fatigue, fevers, claudication and angiograms (blood vessel studies) with stenosis (areas of narrowing). As a community, we are re-appraising the ACR classification criteria for TAK and GCA to try and improve our accuracy in recognizing and diagnosing these patients.

Dr. Tanaz Kermani, director of the UCLA Vasculitis Program, discussed the many overlapping features of GCA and TAK, but noted some important distinctions that can help us in properly classifying these patients. GCA and TAK are similar in that they affect branches of the aorta and while GCA classically affects older individuals, and TAK affects younger adults, there is a gap of people in the middle (age 40-50).

Clinically it has been easier to diagnose GCA because the headache symptom is more common, with higher inflammatory markers and more polymyalgia symptoms. Some important differences between TAK and GCA include that TAK patients tend to have more lower extremity claudication and more damage and bruits on exam with a larger number of vascular beds affected. Patients with TAK are often females (9:1) and of Asian/Turkish descent. GCA tends to affect Caucasians and there is a female predominance, about 2:1. There are also some genetic distinctions between these two diseases.

By appreciating some of the differences in susceptibility, imaging findings, and increasing awareness of the entity of late onset-TAK, we hope to decrease the time to diagnosis for patients who have these diseases. This will make us better equipped to differentiate them so they can be studied closer in clinical trials.

Dr. Carol Langford, director of the Cleveland Clinic Vasculitis Clinic, discussed some of the therapeutic regimens that are in use for management of GCA and TAK. Treatment of both diseases has heavily relied on high doses and prolonged courses of steroids, which have many known detrimental side effects.

Methotrexate has been of modest benefit in both diseases. While TNF inhibitors looked promising in case reports, randomized clinical trials did not show any benefit. This highlights the importance of doing more randomized trials in vasculitis, so we can get clear answers about which treatments are beneficial. A randomized clinical trial looking at abatacept showed that it was better than placebo at 12 months in preventing relapses in GCA, but this benefit was not seen in terms of relapse free survival in Takayasus.

As we have learned more about the pathophysiology of these diseases, there has been greater understanding of the role of IL-6, a cytokine (small protein) that is found in higher levels in the serum and blood vessels of patients with vasculitis. IL-6 is secreted by T-cells and macrophages and drives inflammation and fever. Tocilizumab is a drug that binds to the receptor of IL-6 and blocks its downstream actions. It has been approved for use in patients with rheumatoid arthritis and Dr. John Stone, director, Clinical Rheumatology, Massachusetts General Hospital, discussed the landmark trial “GIACTA” which evaluated the role of tocilizumab in patients with GCA.

The GIACTA trial enrolled 250 patients from 14 countries with new or relapsing GCA. Patients treated with tocilizumab did better than the steroid only arm with more sustained remission, no increase in adverse events, and better quality of life measures. There have been no new therapies for GCA in more than 50 years, and tocilizumab was just approved by the FDA. The landscape is truly changing and we hope to improve the lives of our patients based on these trials with the goal of less or even possibly no steroids in the future. While this represents a major advance in our armamentarium for treating GCA, many questions still remain: which patients to treat, what types of patients would benefit most, how long to treat for, and of course the high cost of treatment cannot be ignored.

EGPA/Churg Strauss Syndrome is the rarest of the AAVs and is associated with late onset asthma, pulmonary infiltrates, neuropathy and peripheral blood eosinophilia. About a third of patients have a positive p-ANCA, and those with the positive antibody classically have vasculitic manifestations (neuropathy, skin). ANCA negative patients more frequently have cardiac manifestations, including cardiomyopathy or myocarditis.

The disease features and response to therapies is different in EGPA, and these patients have often been excluded from larger clinical trials evaluating MPA and GPA. We have tried using many immunosuppressive agents including cyclophosphamide, azathioprine, and methotrexate to control the disease, but manifestations such as chronic asthma or rhinosinusitis frequently require long-term high dose steroids.

Steroids are used like an umbrella to shut down inflammation in a broad sense in EGPA and vasculitis in general. What we want to do is find a targeted therapy that shuts down what is driving the disease specifically. This will lead to less long-term toxicities and side effects.

We have learned that environmental exposures in both asthma and EGPA trigger the immune system though cells in the airway secreting inflammatory cytokines. This response also occurs in the cells lining the nasal cavity and can cause polyps or other ear, nose and throat involvement. The immune system activation results in T cells producing inflammatory cytokines such as IL-4, IL-13, and IL-5.

IL-5 is a cytokine that regulates growth, activation and survival of eosinophils. Levels of IL-5 are increased in patients with EGPA and are associated with disease activity. Therefore, reducing eosinophils and preventing their activation by inhibiting IL-5 is a rational approach to treatment. Mepolizumab, a monoclonal antibody specific for IL-5, has been studied in two pilot studies in EGPA with promising results, achieving a steroid sparing effect and remission maintenance, with a favorable safety profile. This has led to the MIRRA trial, the first ever double-blinded, placebo controlledplacebo-controlled trial in EGPA patients, to evaluate the efficacy and safety of mepolizumab in relapsing and refractory EGPA. 130 patients were enrolled in this trial which is now completed, and results will be available in late 2017. This means a possible medication outside of steroids, that is tailored to, and targets the mechanisms that drive disease in EGPA.

This is a brief summary of some of the exciting research that was highlighted at the 2017 ANCA Vasculitis Workshop. New insights into disease mechanisms, genetic variability and targeted therapies were presented and discussed. Sharing of ideas and research between different countries and subspecialists is key to moving forward in our understanding of vasculitis.

We have been steadily gaining ground in clinical trials and applying our knowledge to make real-life decisions in clinic. The science presented sheds new insights and raises many important questions that remain to be answered about how we can improve the lives of people with vasculitis.

Your ticket for the: ANCA Vasculitis International Conference Updates 2017, Part 2