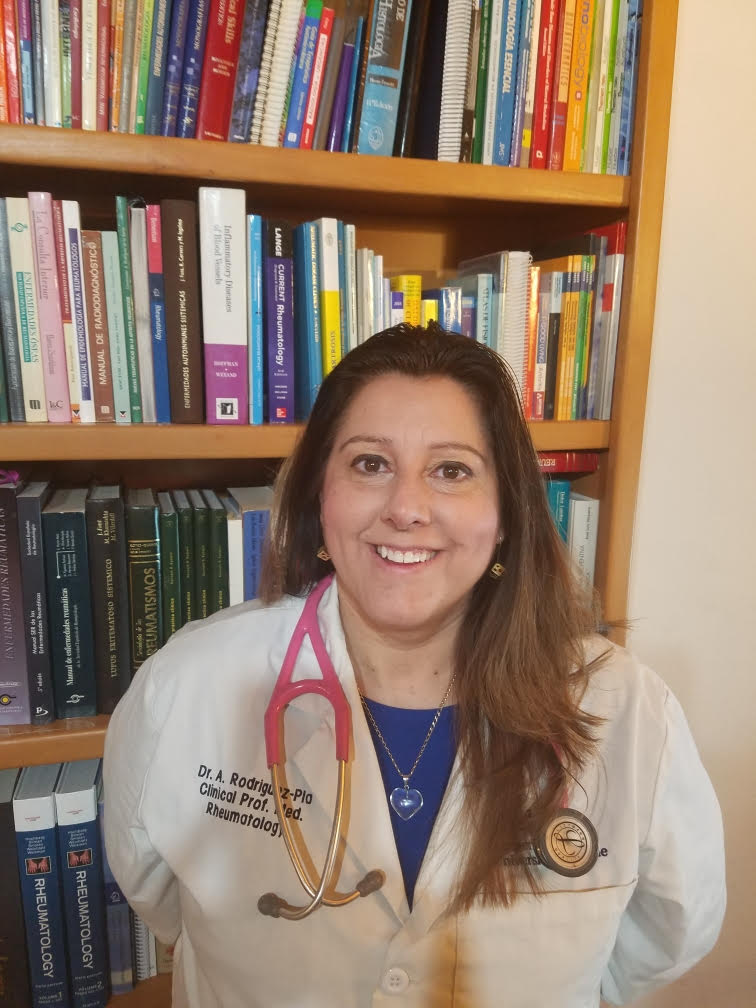 Alicia Rodriguez-Pla, MD, PhD, MPH, has been appointed clinical assistant professor of medicine in the Rheumatology Division of the University of Arizona College of Medicine in Tucson.

In her new role, Dr. Rodriguez-Pla, a board-certified internist and board-eligible rheumatologist, is part of a newly created vasculitis project, a multidisciplinary medical team of specialists, all of whom have vasculitis-related experience and expertise. “We can communicate quickly with each other,” she said, “and we will try to coordinate the care of the patients in the most efficient and optimal way to assure that the best possible care is offered.”

Dr. Rodriguez-Pla earned her medical degree at the Universidad de Navarra in Pamplona, Spain. She also holds a PhD in immunology/rheumatology from the Universitat Autonoma de Barcelona, where she worked in translational and epidemiological research on giant cell arteritis. Her career took her to the US, where she served four years as a visiting research, post-doctoral fellow at Johns Hopkins University. At Johns Hopkins, she continued her research in giant cell arteritis and observed patients at its vasculitis center while earning a master’s degree in public health. Her final two years at Johns Hopkins were funded through a Vasculitis Clinical Research Consortium/Vasculitis Foundation fellowship.

After spending a short time practicing medicine in Spain and a stint at Baylor University (BU) in Texas working on lupus research, Dr. Rodriguez-Pla moved northeast to serve as a clinical fellow in rheumatology under Paul Monach, MD, then-director of Boston University’s Vasculitis Center.

At BU, she and Dr. Monach began a research project to look for biomarkers of disease activity in different types of vasculitis, including giant cell arteritis, eosinophilic granulomatosis with polyangiitis, Takayasu’s arteritis, and polyarteritis nodosa. She also gained clinical experience in scleroderma—another rare autoimmune disease, although not vasculitic.

Dr. Rodriguez-Pla has been interested in vasculitic disorders for many years. “The first patient I saw during clinical rounds in medical school was a woman with Takayasu’s arteritis, and I didn’t know at the time that blood vessels could become inflamed,” she said. “It was then that I decided to become a rheumatologist,” she said.

Dr. Rodriguez-Pla is excited about her new role at the University of Arizona, and believes there is a clear need for more focus on vasculitic disorders in the southwestern US. “Many people from other areas are now moving and retiring to Tucson, and many of them have or will develop vasculitis. They now truly benefit from having a team of doctors interested in—and specializing in—their conditions,” said Dr. Rodriguez-Pla.

Your ticket for the: Alicia Rodriguez-Pla to Focus on Vasculitis in New Role at University of Arizona–Tucson